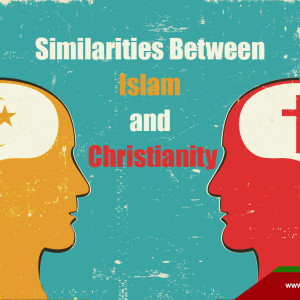 The Christmas holiday is coming upon us, with colorful lights, joyful carols and people going to churches to celebrate the birth of Jesus (Prophet Isa). It is well known, particularly in this holiday season, that Christians follow the teaching of Jesus. What is less well understood is that Muslims also love and revere Jesus as one of God’s greatest messengers to mankind.

The personality of Jesus plays a central role in Islam. Muslims believe that God delivered the Gospel — Injeel to Jesus, just as he did Ta’wrat with Moses and the Old Testament (Zabur) to David and the Koran to Prophet Muhammad. It is critical for Muslims and non-Muslims to understand that a person is not considered a Muslim unless he or she believes in Jesus, and Islam is the only religion that testifies to Christianity.

Islam also assigns a very high degree of respect to the mother of Jesus, Mary (Mariam). There is an exclusive chapter in the Koran on the mother of Jesus by the name of “Sura-e-mariam.” The life of Jesus Christ is a momentous event for Christians and non-Christians alike. Jesus Christ’s birthday is a signpost, and of all the great people born through the ages, imagines that Jesus is so important that his life divides time between B.C. and A.D.

Both Muslims and Christians can learn a lot from Christmas. This annual celebration is the victory of paganism over the religion of Jesus and no one disputes that many of its symbols came from the pagan religions rather than the birth or teaching of Jesus Christ. The incorporation of these pagan rituals with Christianity has taken a toll by corrupting the original Christian principles of spirituality, simplicity, humbleness, kindness and generosity.

Christmas is an awesome time of year, but the irony is that Prophet Jesus and his teaching are becoming more and more absent from the celebrations. However, there is a positive side of Christmas becoming increasingly secular. I think it’s awesome that Christmas brings some of the greatest truths of the gospel to light. If it were not for the Christmas or Thanksgiving holidays, family relationships would be worse than they are. In fact, these are the only times that many families make an attempt to mend broken relationships.

In the fight to separate religion from schools and government, I think the Christmas celebration is a great victory to bring back spirituality to one’s life. I take pleasure in seeing the Gospel of Jesus displayed in public places. It is a shame to see that “Merry Christmas” has given way to “Happy Holidays” or “Seasons Greetings.” The blame lies with commercialism, rather than with militant Islam or Judaism. Denying the Christianity in Christmas celebrations helps no one. Actually, we Muslims welcome having more of a Christian content, because at present it is more of a shopping festival. Muslims do celebrate Christmas in our own way, by celebrating our love to this blessed baby and Messiah.

As the forces of hate in this country try to pull Muslims and Christians apart, we are in desperate need of a unifying force. That force could be the message of love, peace and forgiveness taught by Jesus and accepted by followers of both faiths. I think of a quotation: “Jesus, Son of Mary, said: “The World is a bridge, pass over it, but build no houses upon it. He, who hopes for a day, may hope for eternity: but the World endures but an hour. Spend it in prayers, for the rest is unseen.’ ”

This Persian calligraphy is arched and enscripted at the entrance of the greatest piece of Muslim architecture, the mosque built by Emperor Akbar, at Fatepur Sikri, a few miles to the west of Agra, in northern India. Why is this Christian quotation given a center stage in a Muslim monument, and why would a Muslim emperor want to place such a phrase over the entrance to the main Mosques in his capital city?

This saying was circulated around the Muslim world, from Spain to China. The Koran calls Christians the “nearest in Love” and instructs Muslims to “dispute not with the people of the book that is, the Jews and Christians.” The relationships between Islam and Christianity are complex and intricately woven. There were never any conversions by swords, a myth much propagated in anti-Islamic literature. The American Muslim community stands ready to honor the legacy of building bridges of interfaith understanding and challenging those who would divide our nation along religious or ethnic lines.

As Christmas approaches, I have to ask, why is Jesus Christ’s birth celebrated around the world, particularly in America, and yet his message of peace on earth and communal love is so silently ignored? Will the persecutions, greed, exploitation, oppression and injustice carry us into another year with a most un-Christ like persistence?