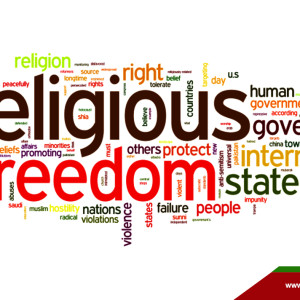 One of the beautiful aspects of Faith is the teaching of love, kindness, and mercy. These teachings of God’s benevolence towards humankind and its command for such values from humankind towards humankind exist in all belief systems. Islam is no different in this regard. Rather Muslims are told to begin every single activity with the statement, “in the name of God, the most beneficent, the most merciful” not only to attain blessings, but also to remind ourselves to exhibit similar characteristics of beneficence and mercy to others.

Therefore being concerned for fellow human beings is highly regarded no matter who they are. Henceforth, individuals who harm others are far removed from the Islamic principals. Rather Islam expects and commands believers to help the oppressed and downtrodden regardless of where they abide. Today killings, torture, abusing the rights of others to live and own property, are prevalent around the globe from Africa to the Middle East, Asia and almost every sphere of society. People’s homes and lives are being demolished. Consequently, it becomes the duty of every individual to protest.

Therefore, Holy Prophet Muhammad taught: “If one of you sees something evil he should change it with his hand. If he cannot, he should speak out against it, and if he cannot do even that he should at least detest it in his heart, this being the weakest form of faith.”

Consequently, no one is excused from acknowledging or acting upon the pain and hardship that others undergo. It is when we become complacent towards the ugly face of oppression that true danger lies, as this allows tyranny and subjugation to continue.

This cycle of hurt and pain must be felt if hurt continues, or else countless years of injustices will persist due to complacency and insufficient amount of support from societies. Otherwise, wrongdoing will not cease. One such example, besides the occupation and attack upon Gaza, is the demolition of the shrines in Baqee, a cemetery in Medina, Saudi Arabia where Prophet Mohammed’s close family, companions and saints or Imams are buried. August 5th marks the anniversary of the destruction of Baqee in 1925 by the Wahabi sect. The cemetery has become a symbol of atrocities committed by Saudi Arabia, supporters of the Wahabi ideology. To this day, desecration of holy sites continues and persecution of visitors persists. Furthermore, the ISIS/ISIL, followers of Wahabism, has recently destroyed Jonah’s tomb and a 1,800 year old church in Mosul, Iraq. Therefore it is important for the masses to protest in one form or another the crimes committed against people or sacred sites.

Religious tolerance is not only one of the amendments to the constitution but all freedom loving faith are in support of it as well.

When the Islamic state was established in Medina during the time of Prophet Muhammad, he created the Constitution of Medina, which instituted rights for all believers of all faiths. The Jewish, Christian and pagan communities of Medina, were brought into the fold of one community as the Constitution established among many things: security of the community, religious freedoms, role of Medina as a sacred place (barring all violence and weapons), etc.

Hence Islam’s religious tolerance continues from the Prophet through his succession when Imam Ali took role of leadership as he commanded in a letter he wrote for his governor in Egypt, ” Habituate your heart to mercy for the subjects and to affection and kindness for them..for they are of two kinds; either your brother in faith or your brother in humanity.” {Nahju ‘l-Balagha, letter 53).