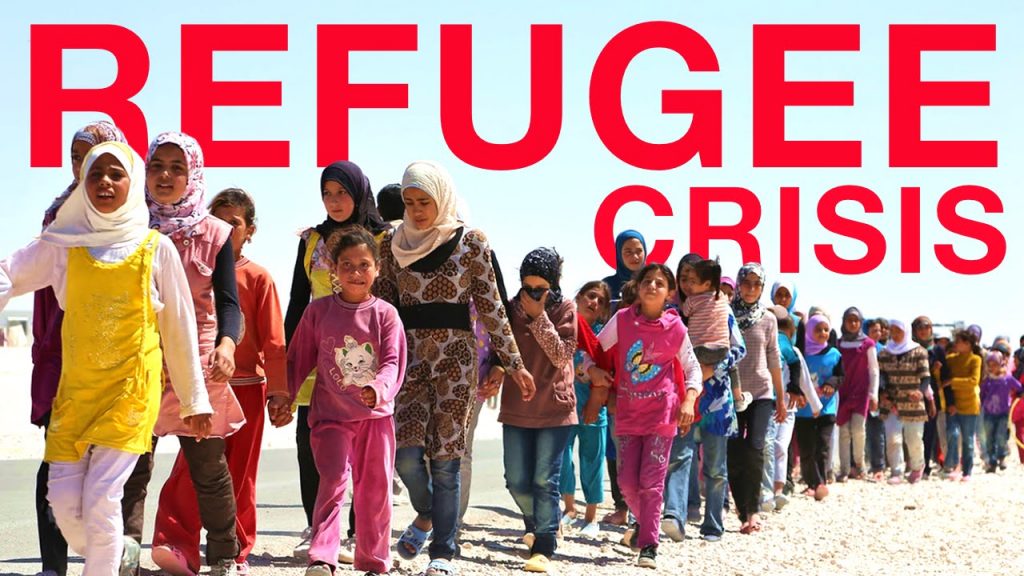 According to the United Nations High Commissioner for Refugees (UNHCR), we are currently witnessing the highest number of refugees around the world at 25.9 million individuals. We are living in a time where nearly one person is forcibly displaced every two seconds as a result of conflict and persecution.

The three largest religions in the world – Islam, Christianity, Judaism – place a strong emphasis on fair, compassionate, and respectful treatment of refugees. The Quran, the Bible, and the Torah all explicitly mention the importance of treating someone who is a refugee with kindness, care, and equality. The Holy Quran provides a set of rules when it comes to dealing with refugees and migrants, praising those who prove to be helpful to these individuals in times of distress (9:100). The Bible, even though it doesn’t distinctly use the word ‘refugee,’ still refers to them in the verse, “You shall not wrong or oppress a stranger, for you were strangers in the land of Egypt” (Exodus 22:20). Lastly, in Judaism, refugees are given a high status through the following words: ‘When a stranger resides with you in your land, you shall not wrong him. The stranger who resides with you shall be to you as one of your citizens; you shall love him as yourself” (Leviticus 19:33). Furthermore, it is important to note that Moses (pbuh), Jesus (pbuh), and Muhammad (pbuh) were all refugees who fled persecution in their homelands. If the people of Medina had not given Prophet Muhammad (pbuh) and his followers refuge, then Islam as we know it today would have been very different. In the presence of a welcoming community in Medina, the Islamic teachings of the Prophet flourished and resulted in a strong group of Muslims. Similarly, the migration of the other Prophets made it possible for them to live in security and spread their message of peace.

Religious scholar and author Reza Aslan points out in his book, No God But God , that in the very beginning of Islam when the first few verses of the Quran were revealed, the “Prophet was not yet establishing a new religion; he was calling for a social reform. He was not yet preaching monotheism, he was demanding justice.” Islam is a religion based entirely on justice. Muslims were taught the importance of being just to everyone in every aspect of their lives by Prophet Muhammad (pbuh) before anything else. A few concepts that were taught by the Prophet through the Quran, and are also related to the current refugee crisis we are facing in the world today include ihsan (compassion), ikram (respect), and eiwa (full support). The Prophet’s teachings about the treatment of refugees give priority to women and children. He taught the world to treat all children who are in dire straits compassionately in both ‘word and deed.’ Secondly, he taught his Ummah that the needs of all women and children should be met respectfully, in a way conforming to human dignity. Respect for children and their needs are a ‘divine requirement.’

Lastly, about eiwa, full support, the Prophet preached that, “Children, especially migrant children who have no caregivers should be offered shelter and protection without expecting anything in return. Not paying attention to these children constitutes a failure in practice to comply with Islamic regulations” (107:1-7).

Millions of our brothers and sisters have been displaced around the world due to wars, violence, persecution, poverty, lack of safety. They continue to suffer through problems such as homelessness, unemployment, lack of food and water, separation from families and loved ones.

This is the time when remembering what the Holy Quran and our Prophet (pbuh) say about our role in this fight to make sure that every refugee gets the rights he/she deserves is extremely important: “Verily, the believers are like a struture, each one strengthening the other.” In another instance, the Prophet is known to have said, “The example of the believers in their affection, mercy, and compassion for each other is that of a body. When any limb aches, the whole body reacts with sleeplessness.” The teachings of the Prophet (pbuh) are a constant reminder for the world to take action and lend a hand to our brothers and sisters who need us.