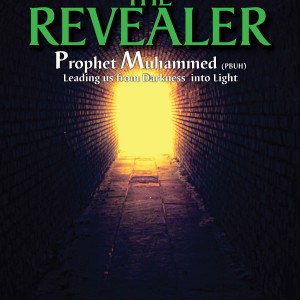 Prophet Muhammad (peace be upon him) said, ‘O people, verily I am a mercy gifted [to you].[1]

The personality and life of the Prophet has truly proven this statement to be true. When studying his biography, one will find that the Prophet demonstrated attributes of kindness, honesty, generosity and forgiveness, to name a few amongst many traits, to both his friends and foe alike. Therefore, it was his mercy and guidance that brought the most barbaric community at the time, into a civilized state.

For instance, the act of burying infant girls alive during the Period of Ignorance, before the advent of Islam, was a common practice. Women were devalued. It was the Prophet (p) who denounced such horrific crimes. Furthermore, he elevated the status of women by honoring his only beloved daughter, Fatima. He would stand when she entered the room, kissed her hand and offered her his seat. He would say, “Whoever hurts Fatima, hurts me, and whoever hurts me, hurts Allah, exalted be His Majesty!”[2]

Besides the inhumane treatment of women, the world during the 7th century was filled with corruption. Empires were constantly battling each other. Civilizations such as the Indian and Chinese were morally declining. Religions were fast losing momentum. Above all, the Arabian society was at its nadir. The Arab culture was full of heathenism. It was during this period that the Lord sent the last prophet to mankind in order to guide them into the light of truth and morality.

The Creator addresses Prophet Muhammad (p) in Chapter 33:45-46 of the Holy Qur’an:

“O’ Prophet. Verily We have sent you as a witness and a bearer of glad tidings and a warner, and as one who invites to Allah by His Permission, and as a lamp spreading light”

It was truly by the grace of the Omnipotent to send Prophet Muhammad as a Messenger to not only the people of that time, but he was sent to all people till the end of time. He himself has stated in one occasion, “I am the messenger of those who live in my time, as well as those who will be born after me.” [3]

At another time, he declared, “Every prophet before me was sent to their people in their own language, but I was sent to all, black and red [skinned], in Arabic.”

By merely following his character and conduct, a person can experience the light of virtue within themselves that would illuminate to all those around them. This is due to the Prophet’s guiding light. He had this powerful persona that converted hundreds. Today there are over one billion followers because he radiated hearts.

Imam Ali, the successor, son in law and cousin of the Prophet, described the Prophet (p), stating, “He had the most generous of hands, and his chest was the boldest of all. He was the most truthful of people in speech and the most trustworthy in liability. He was the most lenient of people in disposition, and the kindest of them in social companionship. Those who saw him would spontaneously respect him, and those who associated with him and came to know him loved him. I have never seen anyone like him, before him or after him.”