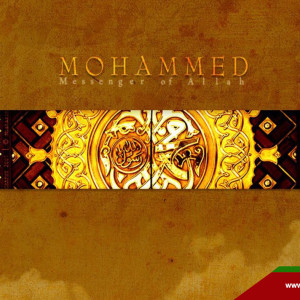 It is an all too familiar and contemptible reoccurrence. A sacred entity or holy personality is defamed regardless of the consideration of a community. It is not the first time that an attack has been made towards the Holy Prophet of Islam; this amateur film being one of the worse.

Prophet Muhammad is a man who is honored and adored by over a billion Muslims worldwide along with countless others who have come to study his life. He is not only a messenger and a guide, but he is also the spiritual Father of the Muslim community; therefore, the overwhelming anger and condemnation is to be expected; but, violence is not. Peaceful protests are necessary to express objection towards an attack against a beloved figure.

Prophet Muhammad struggled to deliver a message of peace, justice and faith to humanity his entire life. The Holy Quran states that he was “sent as a mercy to the worlds”. (Ch. 21, Verse 107). His words and actions even depicted as such. Though Prophet Muhammad was insulted many times during his life, he never responded in the same manner. Rather, his approach was with kindness.

For example, everyday an old lady would try to irritate the Prophet by throwing garbage at him, but he never used to get angry. One day, when he walked out, there was no garbage thrown. He inquired about the old lady and found out that she was sick. The Prophet went to visit her and offer her assistance. The old woman first thought that he had come to take revenge, but then realized it was not so, and was ashamed of her actions.

In another incidence, during one of the the defensive battles called Uhud, a man named Wahshi killed the beloved uncle of the Prophet. Again, when the opportunity for revenge came about, the Prophet forgave him.

Therefore, given these examples, it is without doubt that he would abhor the killings and destruction that have taken place in some parts of the world in recent weeks.

Truly, his teachings of love are the same teachings as Jesus, Moses and past prophets. At the same token, he would also have denounced any sort of speech that was abusive and maligning towards anyone.

The religion of Islam, in fact, propagates freedom of speech but not while harming others. It has its limits. Indeed, along with rights come responsibilities. Ali, the Imam or leader and successor after the Prophet, wisely stated, “A right is very vast in description…It does not accrue to any person unless it accrues against him also, and right does not accrue against a person unless it also accrues in his favor.”

Even the definition of freedom of speech in Wikipedia is in agreement with this ideology and understands that the ability to express one’s self is in reality, limited. It states, “Freedom of speech is the political right to communicate one’s opinions and ideas via speech. In practice, the right to freedom of speech is not absolute in any country and the right is commonly subject to limitations, as with libel, slander, obscenity, copyright violation and incitement to crime.”

Consequently, in many societies, saying or writing something that provokes violence against a group is illegal. Similarly, to defame a person’s reputation is also illegal. For example, Great Britain has a blasphemy law which bans defamation of the Christian God. Also, in many nations, anti-Semitism is absolutely unacceptable. Likewise, due consideration should be given towards the believers of the Islamic faith. Islamic Saints, sacred articles, etc. should be respected by all as well.

Yet, it should be stated clearly that Muslims do not question the right of any writer or speaker, who utilizes academic methods to criticize Islam and Muslims. Articles, books, and speeches critical of Islam and Muslims are published all the time. Caricaturing Muslims, clerics and political leaders is common, yet Muslims are not found protesting against them. Protests are raised when the holy and sacred in the Islamic faith are projected with blatant offense and blasphemy.

Overall, it must be understood that harmony can truly abide in the world when respect for one another is observed.