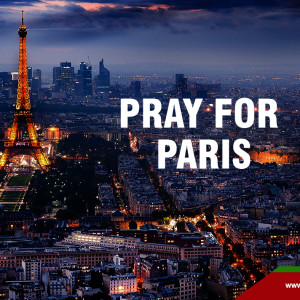 Have you found yourself neglecting the multitude of tragedies that have existed apart from the atrocities in Paris? Or maybe you’ve found yourself tribalistically defending the “etc.” at the cost of belittling the horrors of Paris? Have you questioned why you changed your profile picture or posted that status–was it an act of solidarity and compassion, or just another motion to keep up with a trend? Do you come from an “etc.”race or group?

As a Muslim American woman, I pray that any and every terrorist attack or shooting isn’t one caused by the people who allegedly follow Islam. ISIS, amongst other terrorist groups, constantly disparages my religion via Islamically illegal deeds, thereby reinforcing the world’s ignorance of what it means to be a Muslim. But it’s because of these horrible groups of delusional murderers that we become increasingly desensitized to the deaths of people living in non-European regions. The cost of an Arab or Muslim seems cheaper than that of a European, no? A suicide bombing in Beirut or an attack in Iraq seems nothing out of the ordinary, no? They’ve lost their urgency because they’ve become part of this world’s “etc.”

Similarly, many races and minority groups in America have become “etc.” Whether it’s immigrant families or incarcerated youth, their aspirations, skills, interests and opportunities seem to have lost our value when compared to those of socially and fiscally wealthier groups.

Try to comprehend the level of esteem and confidence it takes to face a society who might define you by your stereotype or by the worst mistake some cult of your cultural heritage has committed. A society that expects you to commit crime. A society that considers you malicious since you were in your mother’s womb.

It is vital that we not only mourn the casualties of November, but also understand the value of each individual’s life regardless of the color of their skin, the money in their bank account or their place of prayer. It’s our duty to change our narrative, but it begins by leveling with each other in every regard and owing each other the level of respect we would give to our brother or sister.

My previous questions are not meant to criticize your possibly good intentions, but they are questions we should ask ourselves to understand our motives so we can maximally educate and be proactive. Moreover, I don’t mean to take away from the gravity of the attacks in Paris; I merely hope to shine some more light on issues that have existed for centuries and have become even more critical these past couple days.