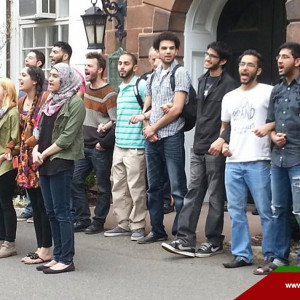 Indeed, freedom of speech is one of the fundamental human rights that should be attributed to every human being. However, with every right that is given, there are responsibilities that are attached. Therefore, absolute freedom of speech ceases to exist because individuals do not have the absolute freedom to express their views due to the detrimental consequences that might exist.

In the case of Condoleezza Rice who was invited by Rutgers University to speak at the commencement ceremony next month for a payment of $35,000 and awarded an honorary degree, is an example. The invitation has created an outcry by the students on campus.

Condoleezza Rice, the former secretary of state under President George W. Bush and national security adviser, played an active role in the Iraq War. Due to this, the students were appalled the University would honor Rice who is thought to be a war criminal as she advocated for the United States to enter into a confrontation against Iraq that caused the death of thousands despite the lack of any evidence of chemical weapons of mass destruction in the country.

The Board of governors in the University defended their stance on the invitation in order to uphold freedom of speech regardless of whatever opposing view that exists by others.

“We cannot protect free speech or academic freedom by denying others the right to an opposing view, or by excluding those with whom we may disagree. Free speech and academic freedom cannot be determined by any group. They cannot insist on consensus or popularity,”

Yet, if such was the case, in similar situations freedom of speech have been denied to others as serious repercussions occurred to those who were critical or voiced against the injustices that have been committed to others. For instance, Helen Thomas suffered hefty consequences due to the comments she made on Israel in May of 2010. She lost her job as well as awards that were in her name. She was rebuked harshly. What is ironic, Thomas was scheduled to deliver a commencement speech at Walt Whitman High School in Bethesda, Maryland, but was then canceled by the school due to her comments.

In this situation, Helen Thomas merely made a politically statement based on her views and she was severely reprimanded. In the case of Condoleezza Rice she proactively entered the United States into invading Iraq. These are not mere words of freedom but actions that has provoked students into protesting her invitation to the University.

Certainly, freedom of speech should be differentiated from the ability to invoke violence and then speak about it. 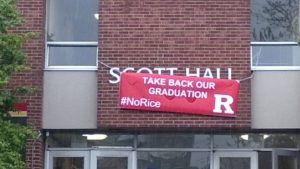