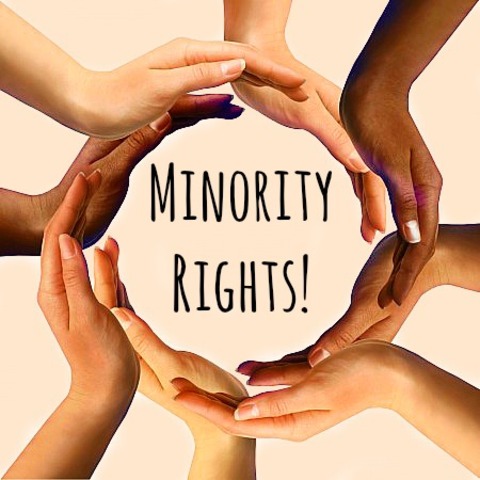 During this month of the Islamic calendar, Muslims are celebrating the birth of the Prophet Muhammad. Muhammad was born in the sixth century in the middle of a culture of ignorance, when people fought because of their tribal affiliations and religious beliefs and women were treated like camels.

Amid such a poor condition for humanity, Muhammad came to teach humanity, tolerance, humility, equality, justice and compassion. He always emphasised consciousness of God and the divinity of human life as the gate of enlightenment, so that human beings would not enslaved by their own ego and bodily impulses.

Karen Armstrong describes Muhammad as a respectful and compassionate man who lived a decent life. She argues that although Islam has often been described in the West as violent and inherently intolerant, Muhammad taught tolerance and compassion toward other religions to all of his followers.

Tolerance is the foundation and the measure of Islamic faith. The faith of a Muslim is as much as his tolerance toward other.

Unfortunately, while most Muslims conform to the spirit of his message, others distort his teachings. Now, we see religion is used as reason to incite violence and intolerance.

Accordingly, in this celebration, it is time to comprehend the tolerant teaching of the Prophet in order to better understand one another in this global community of humanity. Muhammad’s life is about tolerance, tolerance and tolerance.

He showed tolerance and mercy to children, the weak, non-Muslims and religious minorities. One legacy on tolerance is the Constitution of Madina.

The first article of the constitution stated that all the inhabitants of Medina, regardless of religion, race and ancestry were “one nation”. Muslims and non-Muslims should live in harmony, respect and protect each other.

An attack on one religion and tribe was regarded to be an attack on the integrity of Madina.

In Madina, the Prophet exemplified tolerance with himself and he strictly forbade any mistreatment of people of other faiths. He said: “Whoever kills a person who has a truce with the Muslims will never smell the fragrance of Paradise.”

The Prophet modelled a new society based on tolerance and religious freedom. Every faith was free to practice their beliefs freely without any hindrances. Their religious rights and places of worship should be respected.

Abdulsalam, an Islamic scholar concerned about religious tolerance, presented four examples of the Prophets’ tolerance. First, “the Jews in Medina at the time of the Prophet had their own school of learning, named Bait-ul-Midras, where they would recite the Torah, worship and educate themselves.”

Second, in many letters he sent to his emissaries, the Prophet repeatedly emphasized that religious institutions should not be harmed. Here is an example of the letter dated 628 to the religious leaders of Saint Catherine on Mount Sinai who sought his protection:

“This is a message from Muhammad ibn Abdullah, as a covenant to those who adopt Christianity, near and far, we are with them. Verily I, the servants, the helpers, and my followers defend them, because Christians are my citizens; and by God! I hold out against anything that displeases them.

No compulsion is to be on them. Neither are their judges to be removed from their jobs nor their monks from their monasteries.

No one is to destroy a house of their religion, to damage it, or to carry anything from it to the Muslims’ houses. Should anyone take any of these, he would spoil God’s covenant and disobey His Prophet. Verily, they are my allies and have my secure charter against all that they hate.

No one is to force them to travel or to oblige them to fight. The Muslims are to fight for them. If a female Christian is married to a Muslim, it is not to take place without her approval. She is not to be prevented from visiting her church to pray.

Their churches are declared to be protected. They are neither to be prevented from repairing them nor the sacredness of their covenants. No one of the nation [Muslims] is to disobey the covenant till the Last Day.”

Third, Abdulsalam also told an interesting story about when the Prophet received a delegation of 60 Christians from Yemen, at his mosque. “When the time for their prayer came, they faced the direction of east and prayed. The Prophet ordered that they be left in their state and not harmed.”

Fourth, the Prophet also exemplified cooperation with people of different faiths in political context. For example, he selected a non-Muslim, Amr bin Umaiyah, as an ambassador to be sent to Ethiopia.

These are only some examples of the Prophet’s tolerance towards other faiths popular in scholarly research about the prophet’s life, but increasingly less popular in Islamic world.

Every human being has the freedom to choose his religion and the state should protect that right and the right to worship in accordance to his religion.

Religion should not be forced upon individual, and the entire life of the Prophet is a vivid demonstration of the principle of the Koran, which promotes tolerance and sets the guideline for the Muslims’ interaction with people of different faiths. “There is no compulsion in religion”

The Prophet Muhammad dedicated his entire life to liberate human beings from oppression, ignorance and greed. Even when he almost passed away, his last advice was, “Treat your women well, and do not oppress your servants.”

Often fuelled by misconceptions about the Prophet, the world thus needs a deeper and objective understanding of the Prophet — his tolerance, gentleness, his love of animals, his concern for the weak and oppressed, justice, compassion and mercy. This understanding is an important step for world peace and human freedom.

“The Prophet taught us that forbearance is greater than revenge; forgiveness more lofty than punishment; and compassion more effective than austerity. Above all, he taught us mercy. And in these difficult times, we are all in need of more mercy in the world,” Amjad Tarsin wrote in his call for celebration of the mercy and honest reflection in Islamic world.

Finally, within the spirits and love to the Prophet, let’s nurture our conscience with the principles of love and mercy he shows during his entire life. Religious minorities and their places of worship should be protected and the elites should not make statements that provoke persecution of minorities.

None should be hurt because of religious belief. As Jalaluddin Rumi said, “Listen with ears of tolerance! See through the eyes of compassion! Speak with the language of love!” — The Jakarta Post

* The writer is a lecturer at Semarang State University.