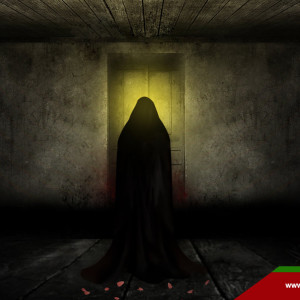 The issues regarding women’s rights remain to boggle the minds of many who are not aware of the principles of Islam. Cultural influences of some groups as well as the actions of others around the world have attributed to the negative images that are portrayed in western media. However, to fully understand and appreciate the status of women in Islam, people must look towards the real models in Islam who brought the faith and taught it. Prophet Muhammad and the righteous after him have exemplified the manners of how a woman should be treated. The Prophet himself used to stand when his daughter Fatimah al Zehra used to enter the house; he would take her hand, kiss it and make her sit in his place.

Lady Fatimah was one of the great women in Islamic history. Her greatness is not attributed to the fact that she was the Prophet’s daughter. Rather, She, herself possess eda noble and righteous character. Ayshah, Lady Fatimah’s stepmother, stated “I have not seen any one more truthful than her – Fatimah – but only her father.” Lady Fatimah’s generosity was just as comparable as her honesty.

During the time of her wedding, a poor person knocked on her door and asked for an old dress. Lady Fatimah instead gave her a new wedding dress, which was a gift from her father to the poor person. Consequently, on her wedding day she wore her old dress. The next day, the Prophet asked her why she wore the old dress. She replied because she gave the new one to a poor person. The Prophet then asked: “Why didn’t you give your old dress instead?” She answered: “Because the Holy Qur’an says: “You will not achieve piety until you give out what you love the most”(3:92).

Muslims around the world in this month will celebrate the birth anniversary of a woman who is revered to be one of the most virtuous ladies. She is not only an exemplary daughter, wife, and mother, but her teachings in respects to all of humanity are far reaching.

Lady Fatima advocated, “(Help) the neighbor first, before your own self.”
Fatimah Al Zahra spent her time educating others who used to gather to learn from her.

Moreover, she was unfaltering when it came to defending her rights. When her property was unlawfully seized from her by the Caliphate of the time, she stood up and protested. Al Zahra delivered a lengthy speech to the governing body and argued for her legitimate rights. This speech is referred to and read by Islamic scholars even today.

Truly, all her actions were a demonstration to the masses of the capabilities of a woman. Lady Fatimah, the daughter of the Prophet, diligently carried on her father’s teaching.