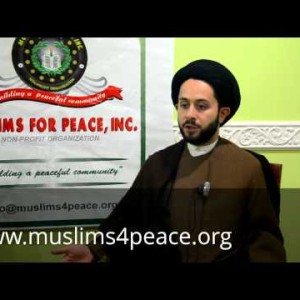 How do Muslims view other religions?
The Qur’an describes Christians and Jews as members of the family of Abraham (one of the prophets) and Muslims respect these religions because they believe that they all worship the same God.

Muslims do not believe that Jesus was the Son of God, but that he was one of God’s prophets, just like Muhammad.

Muslims believe in many of the stories about Jesus that the Christians believe in.

For example, they believe in the virgin birth and that Jesus will come again.

In fact, Jesus is regarded within Islam as a special prophet. His name is in the Qur’an 25 times – more times than Muhammad’s.

Muslims believe that the Qur’an is God’s most recent words and is his final message.