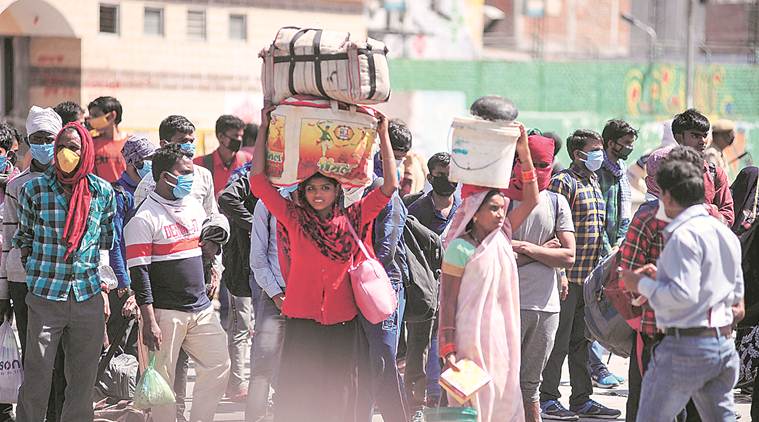 Being that Islam is a religion of peace and beneficence, this concept and way of life is embedded in every affair of our life. The idea of looking out for others, helping others, and thinking about our fellow human beings regardless of our religion, color, ethnicity, or affiliations is part and parcel of Islam and is considered a priority over other mundane obligations. The successor and divinely appointed leader after Prophet Muhammad (pbuh), Imam Ali ibn Abi Taleb (a), has said, “Man is either your brother in faith or your equal in humanity. Whomever is standing in front of us will be categorized as our brother no matter what.” So important is this deed and so great is the reward that it has been reported by Imam al-Sadiq (a) that “Any believer who relieves a distress from another believer, Allah will relieve seventy distresses from him, of the distresses of the world and the distresses of the Day of Resurrection.” (Bihar al Anwar)

We have a great keynote example in the Holy Qur’an which was documented for all of mankind.  It is the story of the Muslims of Makkah, referred to as Muhajireen, who were forced to leave their homes and migrate to another safe haven to freely practice their faith and promote it. The Muhajireen migrated to the city of Madinah and were received by fellow people who accepted Islam and became known later as the Ansar or the helpers, as they helped aid the Muhajireen who came to settle in Madina.

The Prophet (pbuh) instituted a system of ‘brotherhood’ between each of the Muhajireen and Ansar which exemplified the ideal relationship between people of faith. The Prophet helped create a strong bond between 45 immigrants and their hosts by assigning each immigrant to a particular family in Madina. Each immigrant, therefore, was declared a member of the family he was assigned to. They were to share each other’s grief and suffering, and they were even allowed to inherit from each other. Later, however, the permission to inherit from each other was abrogated by a verse in the Qur’an limiting inheritance to blood kin. The brotherhood that was born between the Ansar and Muhajireen was no superficial bond, but a deep sense of kinship that is difficult to imagine today. Allah the Almighty describes this unique brotherhood in the Quran,

But those who before them, had homes (in Medina) and had adopted the Faith,- show their affection to such as came to them for refuge, and entertain no desire in their hearts for things given to the (latter), but give them preference over themselves, even though poverty was their (own lot). And those saved from the covetousness of their own souls, they are the ones that achieve prosperity. [59:9]

Allah (SWT) praised the actions of the Ansar in the Quran for the following points:

Hastiness in Helping: They were quick to respond to the call of those in need and were undergoing unfortunate circumstances. There is indeed a big difference between providing help at any given time, and between rushing to help someone in need. The reward is different and the virtue is higher with the latter. Time factor can make all the difference in a person’s livelihood, psychology, and emotional state. By answering quickly to the call of the Muhajireen, this pleased the hearts of the believers and pleasing the hearts of the believers is a great deed in the eyes of Allah (SWT). The Prophet (pbuh) said, “Two believing brothers are like two hands each washing the other.” (Al-Mahajjah al-Bayda, V3) We have to be able to distinguish true brotherhood from superficial brother because not every person is able to exemplify this righteous behavior.   A true Muslim cannot and will not watch his brother suffering while he continues to live as if nothing happened. As the Prophet (pbuh) also said, “A Muslim is the brother of other Muslims, He never oppressed them, He never abandons them, He never leaves them alone in the face of calamities.” (Al-Mahajjah al-Bayda). In fact, this attribute is not just a good trait to have, it is considered to be a right of brotherhood. Imam al-Sajjad explains this point among the right of brothers in Resalat al-Huqooq, “And do not neglect to help him against his own self and support him against his enemy, and intervene between him and his devils, and give him good counsel, and associate with him for God’s sake.”

Giving with Joy: To give is one thing, but to give with absolute joy and excitement is another. Often times we extend an offer or invitation to meet a cultural expectation or a protocol, but it’s a different level when the act of helping and giving others is given with full sincerity and excitement. Not only did the Ansar appreciate the opportunity available to perform good deeds, they even competed amongst themselves to seize any chance of doing so. The Ansar manifested this feeling as Verse 5:9 explains that they loved the Muhajireen who migrated to them, and this feeling resulted in the next unique attributed which exemplifies the status of brotherhood.

Sacrificing for others: When the feeling of sincerity and willingness reaches a certain state, there becomes no limit to giving.  Sacrifice becomes easy and giving the best of what you have is the result.  This is the highest level of brotherhood. To give in joy something that is surplus to you is one thing, but to give in joy the most precious thing to you is a degree of moral conduct which pleases Allah (SWT). The Ansar gave them preference compared to their own selves. Some Ansar even offered to give one of their wives in marriage to the Muhajireen. To highlight this point that real brothers give from what you own, compared to others, Imam Ali (a) explains, “There are two groups of brothers: real brothers and superficial brothers. Real brothers are like your hands, wings, relatives or property. Once you find such brothers, you can help them; give them from what you own; be friendly with their friends and be the enemy of their enemies; hide their secrets; cover up their faults, and reveal their good points. Beware that they are very rare” (Mustadrak al-Wasa’il, V2).

The best example in history which demonstrates this sacrifice for not only a brother but a prophet, and not only for the sake of a friendship, but for the sake of the entire religion of Islam, is when Imam Ali (a) volunteered to sleep in the Prophet’s bed instead and take the risk of being killed by the enemies of Islam in sacrifice and protection to the Prophet (SA)

Consistency in Giving and Standing up with the oppressed. With all the above said, it is important to for the good-doer to remember that consistency in giving and standing up with the oppressed is imperative in order to maintain proximity to the Almighty God.  Meaning that if a person gives and helps others at one point of their lives and then later fails to do so with others in critical situation, it affects their status and standing.  The higher the position of the oppressed and the greater the extent of oppression, the greater the reprimand of those who don’t rush to their aid and support at the time of need.

This was the story of the Ansar. They helped the Muhajireen in the early days of Islam when they needed the help, however, history tells us that later on when the daughter of Prophet Muhammad, Lady Fatima who is the Master Lady of the Worlds, called out for help and support from the Ansar after the demise of her father, they ignored her please and failed to support her. This was after her husband’s divine right for caliphate and successorship was snatched by some companions and the pledge of allegiance of Ali ibn Abi Taleb was broken.  Her right for the land of Fadak which was gifted to her by her father during his lifetime was usurped unjustly and her arguments fell to deaf ears. Every day she would accompany her husband Ali and children and tour the streets of Madina calling out for help, but the Ansar did not rise or rush to her support.  The support of the only daughter of the Seal of Prophets, support to the Master Lady of the worlds. This negligence of aid at the time of need to the most oppressed at their time and the most dignified and holy personalities in Islam was a blunder on behalf of the Ansar. For that, Lady Fatima condemns their lack of support when she delivered her Fadak speech and turned towards the Ansar, “O group of valorous men! The aides of the nation! The helpers of Islam! What is this slackness (that you display) in regards to me while you are witnessing the oppression being meted upon me, but you still lie in a deep sleep! Did my father not say that the rights of a father for his children must be considered? How soon have you changed tracks, even though you possess the strength to stand up for my rights and are capable of supporting me regarding my claim!”

As we go through our daily lives, let us not miss any opportunity to help those who are struggling and are in need. Let us inculcate in our children the practice of helping anyone, regardless of their race or religion. Every living soul has the right to be treated with respect and courtesy. All our Prophets till the Seal of Messengers Prophet Muhammad taught us to be the beacons of hope, helping to bring joy and compassion to those around us. When we give, let us give the best that we have, and let us exemplify the Qur’anic verse, “Never will you attain the good reward until you spend in the way of Allah from that which you love. And whatever you spend, indeed, Allah is Knowing of it.” (Surat Aal Imran, 92)

A heart strengthened by faith will always be conscious and will never be at ease. When it hears of the suffering and struggles of its brothers and sisters of the same faith. Islam is the religion of peace and harmony and teaches us to act in compassion in times of difficulties and tribulations. Let us give and support those in need consistently without invalidating our good by failing to keep up with our obligations and responsibilities towards our fellow brothers and sisters.  Imam Al-Redha (a) says, “Whoever relieves the distress of a believer, God will relieve his heart of calamities on the Day of Resurrection.”