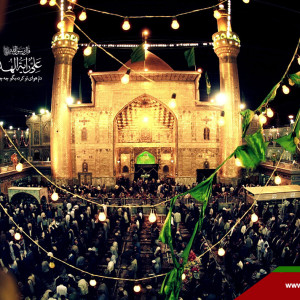 A few days ago we saw the entirety of Twitter sphere and the whole interweb blaze into a raging inferno centering around Sheikh Abu Eesa’s parade of disparaging prods at women. I won’t be commenting on that. Instead, I’m going to focus my energy on a larger issue here. Does feminism have a role to play in Islam?

Many critics of feminism from the Muslim community would say no. Yet their reasoning remains grossly unsound. Often times it is the same old, “Islam has already liberated women and given them their independent free rights fourteen-hundred years ago! We don’t need modern feminism!” In this article I will attempt to break down why that argument just doesn’t work. However, that is not the only issue I’ll try my hand on. There are a few more.

A couple of months ago, I was asked by a close friend, “What does Islam provide me that makes me declare proudly that I’m a woman?” I will be completely honest here. I did not have an answer. I did use the timeworn reply, “You bear the responsibility of motherhood.” This did not please her. She immediately blasted me back with a retort that I personally found disturbing. It involved comparing a mother to a factory that produces babies. I’m sure most people are aware that a duty of a mother is a far lot more. Nonetheless, I will admit that my response to her question was deficient and I will try to tackle the query a bit better this time.

Furthermore, I was also asked why it was that so many males have been mentioned by name in the Qur’an while only one woman, Mother Mary, has been given that same honor. It seems like this problem is one created by Muslims themselves when they try to pass Islam off as a religion that has women figures as much as men.

We name Hazrat ‘Aisha, Khadija and Hafsa, Lady Zainab and Fatima, among many others, however, unfortunately, more often than not these women are spoken of not for who they are personally, but rather who they are related to – Mary, mother of Jesus; ‘Aisha, wife of Muhammad; Zainab, daughter of ‘Ali, etc. Don’t these women of Islam have an identity of their own? Surely they do, we merely fail to talk about it.

In conclusion to this rather lengthy introduction, the piece that I am about to write is going to grapple with a wide array of topics:

Is feminism compatible with Islam?

Is there a necessity of a feminist movement for Muslims?

Are the talks of Muslim women figures in Islamic theology such as Hazrat Maryam and Zainab a case of pure apologetics?

First of all, in order to start off this discussion, it is very important to establish the definition of feminism. Feminism is not a movement to implant the superiority of women over men. Feminism is rather a movement to demand equal social, political and economic rights for both men and women. Does Islam advocate this? Yes.

Islam firmly believes in equity and uniform justice between men and women on grounds that, in the end, we are all immaterial souls installed into a physical body imparted with the responsibility to do good and act righteously for the sake of God. No-one is greater in the sight of God for being male or female, rich or poor, white or black except for those who are pious and charitable towards their fellow human beings and living creatures.

During a time when women were seen as nothing more than disposable commodity, the birth of a girl was seen as disgraceful for the household and infanticide of daughters through live burial was common, Islam gave women not only the status of being human but also the honor of being wives and mothers rather than lifeless sex slaves as they were deemed to be by society then. But is it enough? Absolutely not.

The misogyny that Prophet Muhammad fought against back then using the weapon of Islam does not excuse us to sit idle and absorb the misogyny prevalent in society today. Misogyny does not only reside within child burials and entitling women as sex slaves of society. If our Prophet were alive today he would be fighting the modern patriarchal views of the current era just as he did during his own. If he elevated the status of women from being treated as worse than dogs to beholding Heaven underneath their feet, by God, he would have fought against the disgusting ilk of forced marriages, female genital mutilation and domestic abuse. Why are we afraid to follow his example?

The problem among many Muslims today is that we are complacent with saying that Islam has granted women equal rights as men 1,400 years ago and then exercising none of it. The dilemma is baffling. If a country has laws that dictate murder to be a crime and there is a large serial-killing spree followed by a protest demanding the quick apprehension of the criminal, we don’t say, “Why are these people creating such a ruckus? We criminalized murder in our constitution years ago!”

Just because Islam laid down the foundations of equal rights for men and women does not mean that everyone follows it. Islam asks us to pay mandatory money to charity and you still have Saudi monarchs sitting on billions of dollars sparing not a penny on the poor and needy. Yes, the laws are in place but most of us fail to execute it and therein lies the problem. We need a movement to put the gears into motion, to remind us that Islam advocates for equal rights and it is high time we act upon it. We need a feminist movement.

A common cop-out by many Muslims today to counter against charges of misogyny within the Islamic community is that Islam venerates women to the point where we have figures like Maryam umm ‘Isa and Hazrat Zainab binte ‘Ali as key characters in our theology and history. People cite chapters of the Qur’an named after women, etc. Stop.

There are multiple issues with this approach. First of all, no-one is arguing Islam is misogynistic. The simple accusation is that Muslim communities are misogynistic and this may very well be a problem of the people within the community failing to follow the tenets of the faith. Second, the very context that we mention venerated figures of Islamic history and theology such as Saint Mary and Lady Zainab is wrong.

Prophet Muhammad, Caliph Umar ibn al-Khattab, Imam Husayn are not role models for just Muslim men but Muslim women too. Their zeal to fight for peace and liberty against oppression and injustice is one we are to emulate in our daily lives regardless of our age, gender, nationality, social status or sexual identity.

The same goes for Mary. The Virgin Mother is a foremost symbol of personal strength and independence, a young woman surviving on her own in a vastly patriarchal society not only dismissive of her values but openly hostile towards her. A huge number of us today, whether men or women, often face such similar circumstances in an increasingly materialistic, venomous world.

Hazrat Khadija is yet another symbol of such strength, a woman supporting her spouse regardless of the social pressure bearing down on her given that she was literally harboring public enemy number one of her era while maintaining a business successful enough to sustain herself and her family is impressive. On top of that, bravely accepting a faith seen as the brand of a pariah during the time? Dude, that’s like walking around with a giant bull’s eye on your forehead. #Badass

One has to realize that even though all these figures were related to great men, in Islamic faith, we believe God dictates everything and God chooses people for responsibilities as per their skills and capabilities. For instance, the Companions of the Prophet Muhammad, it is believed by Muslims, were chosen to be the best of all generations. They are referred to as the Righteous Predecessors. This wasn’t a matter of chance but a mandate from God.

And while we’re on that note, it is also important to note that the men around Prophet Muhammad are also known through their relation to him as his companions but venerated because of their own merit. ‘Aisha and Khadija may be known to us as wives of the Prophet but that is not what earns them respect, that comes through with their virtue whether it be the role they played in preserving the traditions of Islam as done by Sayyida ‘Aisha or protecting and supporting the Prophet as done by Bibi Khadija.

Basically the characters mentioned in the Qur’an are not chosen to be so because of their gender or nationality; instead, they are categorized as souls, liberated of all forms identity except for whether they are righteous and good or wicked and sinful. Mary is righteous, the Pharaoh is sinful. Moses is righteous, Abu Lahab is sinful. This is the only differentiation made in regards to them in the Qur’an.

The examples set forth by God through the narrative of these figures are to serve as a moral guidance and a warning to people of all nations, all sexual identities and orientations, all age groups and all social classes. The message is simple: do not be greedy, do not be envious, do not be proud; spend in charity, love your fellow neighbor, be humble.