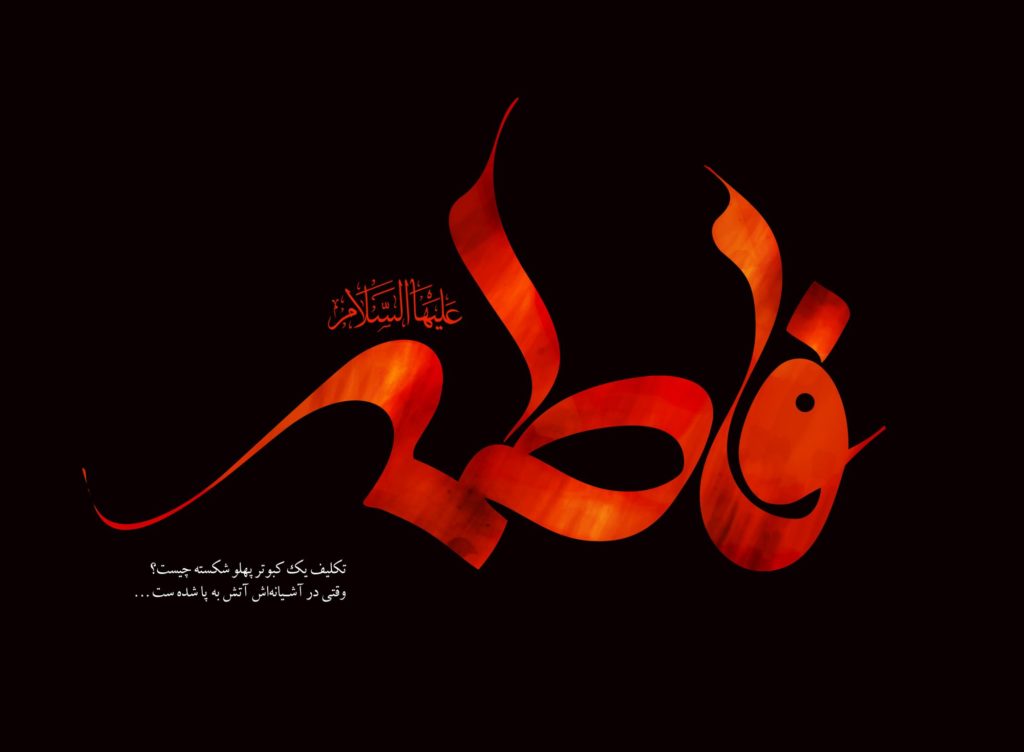 The Magnificence of Hazrat Fatimah Zahra (sa) is such that it is difficult to comprehend fully what her status is in the presence of Allah. This is expressed by two eminent scholars: a theologian and an academician, namely Scholars Makarem Shirazy and Ali Shariati respectively.

Verdict of the Scholars

Having completed his work titled HAZRAT ZAHRA (sa) AND THE HEART –  RENDING EPISODE OF FADAK, he intended to write a Preface to this book. In the process of so, he came across a tradition by Imam Jaffer Sadiq (a) from BIHARUL ANVAR VOL. 43; this tradition stunned him the way it explains the esoteric meaning of the Quranic verse:

The tradition in question is “The NIGHT of QADR  is the DIVINE DECREES, that is FATIMAH. Therefore, whoever knows Fatimah will have understood the Night of DIVINE DECREE… FATIMAH is that (person who has remained as mystical as  LAYLATUL QADR) and mankind has been prevented from obtaining her acquaintance”. (2)

Who was then Fatimah?

To comprehend adequately this unique personality, one has to turn to the Prophet (pbuh) and to the Divinely appointed Imams, to see the way they have introduced her to the ummah. In essence, to get closer to understand the status of this great personality, is to approach her through her name and attributes.

Commenting on the way to get closer to Allah, Imam Jaffer Sadiq (a) said that this could be done through appreciating His Attributes – Asma ul Husna – His Best Names, through which come reflection for humans to seek guidance.

In light of this reality, when a companion of Imam Jaffer Sadiq (a) inquired about Hazrat Fatimah (sa), He responded by naming her attributes; the tradition to that effect goes like this. Yunus bin Dabiyan says that Imam Jaffer Sadiq (a) said ” Fatemah possesses nine names in the presence of Allah: Fatemah, as-Siddiqah ( the honest one), al-Mubarakah (the blessed one), at-Taherah (the virtuous one) ,az-Zakiyyah (the chaste one) ,ar- Radiyyah (one who is pleased with Allah), al-Mardiyyah (one  who will be satisfied by Allah), al-Muhaddatha (a person other than a prophet with whom the angels speak to), and al-Zahra ( the  splendid one) … “ (5)

The scope of this write-up does not allow the complete explanation of each of these attributes. We shall  therefore focus on  the essence of the name Fatimah and,  briefly dwell on one attribute – Az Zahra – as this year’s Ummah convention is named ZAHRA and more importantly, this attribute, more often than not, is attached to the name of Hadhrat Fatima (sa) whenever she is mentioned.

There are numerous traditions which explain the  essential qualities embodied by the two names Fatimah and Zahra. (6)

Suffice it that the name Fatimah originated from the name of Allah, al- Fatir, which means the Originator. (7)

As for the name Zahra, Ibn Abbas narrates  a tradition from the Prophet (pbuh) stating that  Hazrat Fatimah “… was a human huri, who, whenever she stands in prayers in the presence of Her Lord… her light illuminated the skies for the angels, like stars shine to people on  Earth. ” Hence her name Zahra – the splendid one. (8)

Similarly, when Imam Hassan Askari (a) was asked as to why Hazrat Fatimah (sa) was called Zahra, he said “The illuminated countenance of Sayyidah Fatimah shone for Imam Ali (a) in the beginning of the day, similar to the shining sun; and at the time of early evening , similar to the radiant moon; while at sunset it resembled the glowing stars. “ (9)

Similar traditions from the Infallible Imams abound in the annals of history.

In conclusion, to adequately understand the status of Hadhrat Fatimah (p.b.u.h.), we quote, amongst many, one such tradition from Imam Jaffer Sadiq (p.b.u.h)  stating that: “Fatemah is named az – Zahra because a dome of red rubies has been  created by Allah for her in Paradise…The dwellers of Paradise will behold the dome just as you see the shining stars  on the skies, and it will be said to them : ‘This glowing (castle) belongs to Fatemah.’” (10)

May Allah help us be worthy servants of Hazrat Fatimah Zahra (sa).