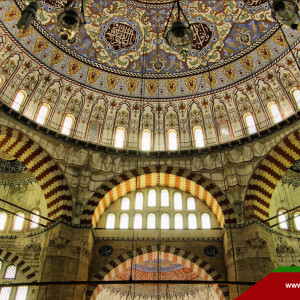 “Faith is: patience during difficulty and thankfulness during prosperity.”

“It suffices for one to work on his own flaws rather than other peoples flaws.”

These are a few words from among several hundreds by a devout and virtuous person.

Indeed, every religion has individuals who are recognized to be exceptional in their degree of holiness and virtue. Such individuals are called saints.

In Islam, the known saints are the twelve successors after Prophet Muhammad. The first successor or Imam is Ali bin Abi Talib. Yesterday, his birthday was celebrated by Muslims everywhere. The aforementioned adage was said by Imam Ali. His greatness can be further known when one looks at his life and the legacy that he left behind. Countless sayings and examples from his life can be studied and made applicable even today.

Truly, Imam Ali was a saintly man not only in the terms of being a religious person, but he acted righteously in every aspect of his life. As a statesman, businessman, philanthropist, General or even a warrior, Imam Ali governed with justice and ethics. Many biographies have been written about this personality. One of the most prominent one is a book written by George Jordac, who was a renowned Christian author and research scholar. The book titled, The Voice of Human Justice, is an acclaimed book that gives a good synopsis of his life. Truly, after reading a biography of a person, then one can understand that person even better when they study their own work. The compiled speeches, letters and sayings of Imam Ali can be found in a book titled the Peak of Eloquence, which are quite relevant today as they were during his own time

An excerpt from The voice of Human justice briefly exemplifies the man that he was, “The earth did not recognize him, although his sweet and wise sayings continued to ring in it and it saw with its own eyes his great feats.

This stranger used to spend everything he possessed on others but did not seek anything from them. He was subjected to great oppressions, but he never thought of taking revenge. He forgave his enemies after gaining victory over them. He never did any injustice to his enemies and never performed any unlawful act for the sake of his friends. He was the helper of the weak, the brother of the indigent, the father of the orphans and a kind friend of those who were fed up with their lives. They always approached him for the solution of their problems and hoped sympathy from him in all difficulties. He was an erudite, and was extremely forbearing. However, his heart was full of grief. His majesty and loftiness were resounding in all the mountains and deserts. During daytime he administered justice and enforced the divine laws and in the darkness of night he wept bitterly for the sake of the indigent and the helpless. He was a stranger whose thundering voice made the oppressors tremble as and when any oppressed person approached him with a complaint. Whenever a deprived person called him, love and kindness began to flaw from his heart which quenched the thirst of everything dry and famine stricken.

He was a stranger on the face of the earth whose every word was true and correct. He wore coarse dress and walked meekly and whenever the people went downwards he kept his face high. He was a stranger and a lovely person who suffered all sorts of hardships so that the people might remain happy.”