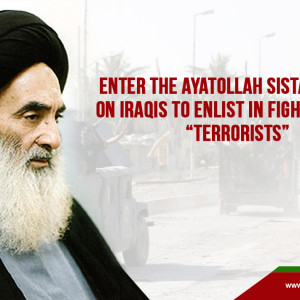 Grand Ayatollah Ali Sistani, spiritual leader of most Iraqi Shiites, intervened forcefully in Iraqi politics on Thursday and Friday, giving his support to the national army and urging Iraqi men to volunteer to enlist and to fight the Islamic State of Iraq and Syria (ISIS). He termed the hyper-Sunni group, which has taken over the major northern city of Mosul, “terrorists.”

Unlike Prime Minister Nouri al-Maliki, the head of the religious fundamentalist Da’wa Islamiyah (Islamic Mission) Party, Sistani did not call on private militias or paramilitaries to take up the fight. He specifically urged people to enlist in the national security forces (“al-quwwat al-amniyyah“). Sistani is said to want to improve the morale of the army, which collapsed in Mosul and elsewhere in the Sunni north.

Neither Sistani nor his representative used the word “jihad” (struggle for the faith, which can holy war under certain circumstances), contrary to what many newspapers are reporting. In Shiite Islam most authorities do not believe it is any longer permissible to wage offensive holy war, as opposed to taking defensive action. And he is not calling for vigilanteism or revenge. Sistani carefully used the language of patriotism, not religion. He spoke of citizens defending their country. He did say that Iraqi troops killed in the fight with the would-be al-Qaeda affiliate are considered martyrs to the faith.

On Tuesday, Sistani had issued a statement in which he called on Iraqi politicians to unite in the face of the ISIS challenge and to redouble their efforts in standing against the “terrorists,” and in providing protection to citizens from their evil deeds. He underlined the ayatollahs’ support for and backing for the armed forces and urged them to be patient and steadfast in the face of the aggressors. (Sistani is said to have been most dismayed by the way he Iraqi soldiers ran away from Mosul.)

Sistani clearly considers the rise of radical, Sunni ISIS as of major importance. Sunni fundamentalist fighters have vowed to take the Shiite holy city of Najaf and blow up its shrine.

On Friday, Sistani’s representative in the other major holy city, Karbala, gave a Friday prayer sermon elaborating on the written statement. Sheikh Abd al-Mahdi Karbala’i said that in Sistani’s view (a view binding on believers who follow him) “It is incumbent on citizens who are able to carry weapons and to fight the terrorists, defending their country, their people and their holy places, to volunteer and to enlist in the security forces so as to achieve this sacred objective.” Many news reports are misreporting Sistani as calling for young men to simply arm themselves and go fight the Sunni extremists. Instead, he is acting as a recruitment agent and cheerleader for the Iraqi national army.

There is nothing sectarian in this call except the need to protect the shrines sacred to the Shiites; but note that many Sunnis revere figures like Ali, the son-in-law and cousin of the Prophet Muhammad, and would be upset to see his mausoleum in Najaf destroyed. Moreover, the puritanical ISIS poses a threat to other holy places such as the mystical Sufi shrines of the Kurds.

Sistani has sometimes been forced to rely on Shiite militias for his own safety, but he does not approve of paramiitaries and wants to see the Iraqi state build responsible army and police.

Shiite Islam in its current majority form is more like Roman Catholicism than it is like Protestantism, but there are some wrinkles. At any one time in the Shiite world outside Iran the faithful typically look to a major grand ayatollah resident in the holy city of Najaf, Iraq, as their spiritual and legal guide or “source for emulation”– i.e. someone whose views and upright behavior should be blindly imitated and obeyed. Although in the 1970s Ayatollah Khomeini in Iran promoted the idea of political intervention by the supreme clerical leader, who he said should be a guardian for society the way someone can be appointed by a judge to be the guardian of a child. Sistani largely rejects this notion, wanting clerics to avoid trying to run the government. He said that guardianship of society can only be achieved if he has the wholehearted support on that point of the people, and holds that a grand ayatollah should only interven in those issues that touch the “structure of society.”

Sistani did intervene to insist in 2003 that the Iraqi constitution must be drafted by an elected constituent assembly of Iraqis, rather than being written by American viceroy Paul Bremer.

One may conclude that Sistani sees Sunni radicals taking over northern Iraq as the biggest crisis since the 2003 invasion of Iraq.

Sistani is enormously popular among Iraqi Shiites and many will in fact risk their lives if he asks it of them. 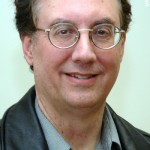 Juan Cole is Richard P. Mitchell Collegiate Professor of History at the University of Michigan. For three decades, he has sought to put the relationship of the West and the Muslim world in historical context. His most recent work is The New Arabs: How the Wired and Global Youth of the Middle East Is Transforming It (Simon & Schuster, June, 2014). Engaging the Muslim World (Palgrave Macmillan, March, 2009, rev. 2010) and he also recently authored Napoleon’s Egypt: Invading the Middle East (Palgrave Macmillan, 2007). He has been a regular guest on PBS’s Lehrer News Hour, and has also appeared on ABC Nightly News, Nightline, the Today Show, Charlie Rose, Anderson Cooper 360, Countdown with Keith Olbermann, Rachel Maddow, the Colbert Report, Democracy Now! and many others. He has given many radio and press interviews. He has written widely about Egypt, Iran, Iraq, and South Asia. He has commented extensively on al-Qaeda and the Taliban, the Iraq War, the politics of Pakistan and Afghanistan, and Iranian domestic struggles and foreign affairs. He has a regular column at Truthdig. He continues to study and write about contemporary Islamic movements, whether mainstream or radical, whether Sunni and Salafi or Shi`ite. Cole commands Arabic, Persian and Urdu and reads some Turkish, knows both Middle Eastern and South Asian Islam. He lived in various parts of the Muslim world for nearly 10 years, and continues to travel widely there. A bibliography of his writings may be found here.