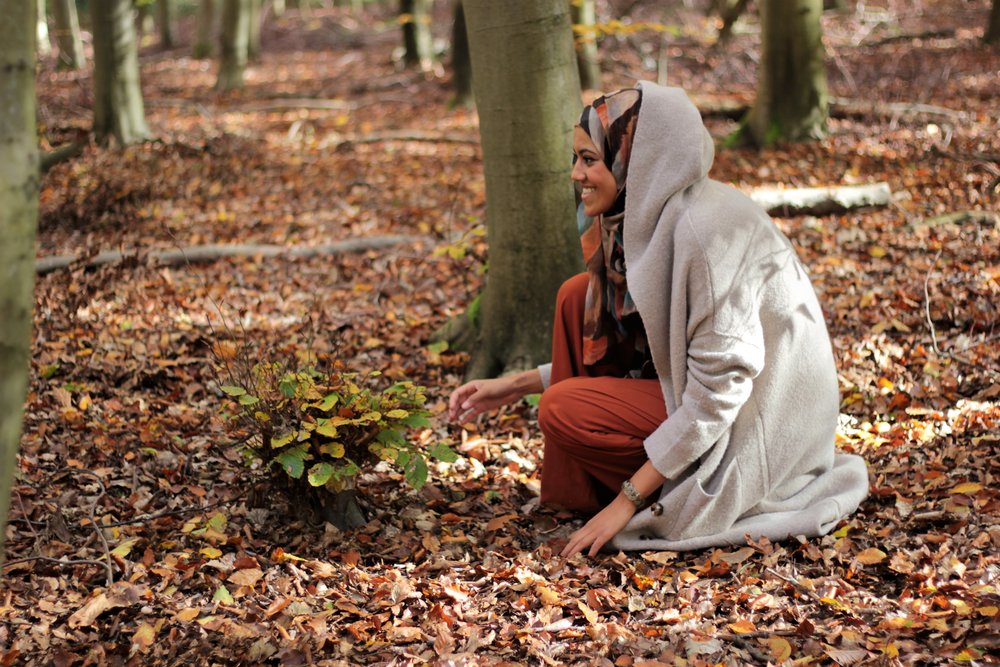 Islam encourages interactions between people with different faiths. It cites an example when a Christian delegation met with the Prophet Muhammad (PBUH) and wanted to find out about Islam. He allowed them to stay in the mosque and pray in their own Christian way.

Interfaith dialogue nurtures understanding, promotes tolerance and promotes our confidence to be proud of whom we are and the roles we play in our diverse society. It is through interfaith dialogue that we can and must bring our communities together and strengthen our values as we are living in an increasingly complex world.

Qur’an as described in the book offers very clear guidelines and encouragement for all to engage in dialogue which could lead to positive change.  Interfaith forum should discuss such urgent issues as equality and gender perspective, the migration and refugee crisis, modern-day slavery, environmental issues, hunger, poverty, homeless, mass incarceration racism, militarism and violent extremism.

Martin Luther King’s speech on Aug. 31, 1967 warned against the sickness of racism, excessive materialism and militarism continues to resonate today despite half a century having passed. He eloquently focused on racism, poverty, and war…The Three Evils of Society. Looking back at history of the Civil Rights Movement, the critic of change, unfortunately, have voices that are often louder than those of advocates. Today the biggest evil is the degradation of our environment due to excessive materialism and cooperate greed.

Environmentalism is deeply enshrined in all Abrahamic faith. People and environment both form part of the divine creation. Care of natural environment hold high significance for the world’s major faith traditions. Faith communities have to play an important role in shaping policies for protection of the environment. The population growth will increase the pressure on interfaith communities and international organizations (UN) to address proactively the environmental challenges of food shortage. By 2050, estimates forecast a global population of 9 billion, up from 7 billion today.

We can all agree that faith leadership has an important role to play. Pope Francis’ encyclical, “Laudato Si,” is a great and timely gift to humanity. It is a Gospel document similar to Islamic teachings. It is a brilliant document on the economy and environment. Pope Francis has eloquently and accurately unified faith, ethical values, philosophy and science in his speeches and the encyclical. This document has many paragraphs on climate change but also has extensive writings on abortion, bio-medical research, sex and morality. It is sad that the neo-cons have belittled the Holy Father on issues of climate change.Muslim countries are re-examining their environmental policies in relation to Islamic law. The most progressive of all these countries is Iran.

The Iranian environmental protection agency is a cabinet-level position (was headed by a woman) that has been active in formulating policies for resource management, recycling, and alternative energy sources. Iran is experimenting with huge wind farms, hydroelectric energy and piloting emissions-free natural gas cars.

Environmental issues such as climate change and global warming poses the most significant threat to Arctic wetlands and melting sea ice is causing the shoreline to erode by 6 to 59 feet per year. Environmental challenges are reaching a crisis point and conscientious Muslims should be concern and take steps to protect the environment. Countries like Iran have included the concept of “Environmental Protection” (Hefz-e-Mohit-e-Zist) in the constitution. The article 50, deems a “public obligation and forbids all activities, economic or otherwise which may cause irreversible damage to the environment”.

Severe water and air pollution, deforestation, land degradation, desertification, climate change, and biodiversity loss are only a few of the increasing number of major environmental issues faced by Iran. These issues have become threat to public health and a source a social and economic hardship.

‘’Whoever plants a tree and looks after it until it bears fruit…whoever preserves water, vegetation, animal and, bird life, it will be like an act of worship. Air is the property of God…whoever contaminates it with smoke is encroaching on nature and threatening the life of mankind and all other living things.’’ The author of this quote was not a 21st century environmentalist, historian, or Green Peace activist. It was the Prophet Mohammad 1,400 years ago.

Islam and other Abrahamic faiths have much in common, however one cannot be a Muslim without being fundamentally an environmentalist. Islam teaches us that we are created from dust, and we will return to dust upon death. And this is the reason specially the Shias have a tradition while praying (Salat), they rest their forehead on clay tablet (Turbah or Mohr) linking them with earth – a  the reminder that we come from dust, and to dust we return. The word ‘’Earth’’ (Ardh) appears 485 times in the Quran and the earth is not an enemy of man but rather a trust from God.

Islam is an integrated code of behavior, which deals with personal hygiene, at one end of the spectrum, and a relationship with nature at the other end. A cursory reading of the Quran engenders awe and admiration for the natural world. The descriptions of heaven in the Quran for instance always begin with the phrase ‘’gardens beneath which flow rivers.’’ The Quran constantly alludes to nature, asking man to reflect upon it and ponder as to how such a marvelous system could have arisen and been sustained. Perhaps the verse which best summarizes the respect that Muslims are supposed to accord to nature is: ‘’The creation of the heaven and the earth is far greater than the creation of mankind. But most of the mankind do not know it.’’ (Quran 40:56).

For instance the Quran states: ‘’Eat and drink but waste not by excess.’’ Imam Ali, the first Shiite Imam, says: ‘’Partake of it gladly, so long as you are a benefactor, not a despoiler; a cultivator, not a destroyer.’’ In the spirit of moderation, Islamic jurisprudence contains explicit injunctions concerning the conservation and allocation of water resources. It has rules for conservation of land, establishment of protected zones (Hima) preservation of wetlands and green belts, and even protection of wildlife. The protection that Islam accords to nature is extended even during war. Natural resources such as water, vegetation, crops and animals are accorded the same protections as civilians and it is forbidden to cause destruction to them.

Perhaps the best illustration of the responsibility man has towards nature is the ‘’treatise on rights’’ that the fourth Shiite Imam wrote 1,000 years ago. After delineating the rights and responsibilities between men and with their creator, the Imam spelled out the obligations man has towards his environment.

These commands stem from the idea that nature is a trust from God and has to be looked after. The Quran says: ‘’We did not create the heaven and earth and everything between them, except with truth’’ (15:85). Over the centuries, Islamic scholars have approached this matter with great diligence and formulated an ethical base known as pillars of environmental ethics in Islam which is where man is a consumer and beneficiary as well as a guardian and trustee of the environment. Greed for material wealth has made many Muslims abandon the ecological teachings of Islam. Conscientious Muslims should form partnership with environmental activists to preserve the environment. Muslims must engage in a green jihad in their own countries and in the West.

To survive as human being and as a planet, we must change our behaviors, attitude and take actions to mitigate or curb environmental damage and adapt to the effects of climate change. Religious communities know no boundaries and see all people as either brother in faith or brother in humanity. We need a collective awakening for environmental challenges. We must engage people with our scripture and theology to preserve our environment; religious scholars should be at the forefront, leading with a moral voice.

Quran says: God does not change what is within the people, unless they are willing to change what is within themselves. I am proud to say there are organization like “Green Muslims” and “Green Hajj” who are focusing on promoting environmental stewardship among the Muslim communities focus on the campaign of “NO WASTE” (Ashraf), reduce consumption and recycling.

In conclusion, we should focus on innovation for alternative energy source, improving environment laws, ability to create a cultural change, education and our duty and responsibility of cleaning our beaches and planting trees rather that cutting.