As the son and grandson of immigrants to the United States, my experiences are shaped by the power of my grandparents’ story. My grandfather’s brilliance and dedication, while proudly serving our nation as an Apollo 11 engineer at Kennedy Space Center — at a time when he barely spoke a word of anything but Arabic and French — is a point of recurring pride and deep patriotism for my family.

They struggled to adjust when they arrived. I still have my grandmother’s English dictionary from the 1960s, with exhaustive notes, marking and proving her extensive effort to learn the language of her new homeland. They understood that speaking and understanding proper English is critical for both the genuine benefit of the immigrant, and for the cohesion of American society as a whole.

But while giving their children and grandchildren the gift of American citizenship, they never failed to instill within us the identity of where we came from. I speak English, Arabic, and French because of them. I enjoy good baklava after a slice of pizza because of them. I committed myself to the advancement of education — including English learning — because of them, and to promoting civic engagement as a result of the lack of opportunity and choice that they witnessed in an undemocratic society. I am no less American because of the gifts and experiences that they presented to me. To the contrary, they have helped me to better understand, and to fiercely appreciate, our unique American journey.

The debate over Coca-Cola’s Super Bowl advertisement has been raging across the Internet — and I cannot help but feel that there is sometimes more to it than a simple fear of foreign language. The most potent tragedy of the objection is that in Coca-Cola’s commercial, one observes the depiction of people from all over the world who undoubtedly love their new homeland — and who are celebrating this place that they now call home, perhaps in the only language that they know.

We often overlook the fact that what are today the United States were once a blend of English, Dutch, French, Spanish, Russian, German, Swedish, and Portuguese-speaking colonies, alongside the native languages of several African groups, as well as the languages found in small areas which remained under Native American independence. We speak English as a direct result of British conquest or influence over the above — not because English is a part of our fundamental value system, and by extension a prerequisite to our patriotism. The historic and present importance of English for national cohesion being understood, none depicted in Coca-Cola’s advertisement, nor the millions of others off-screen, intend any affront to America when they speak or proudly sing in a different tongue upon arrival, or when they struggle to learn English, any more than those who struggled in generations gone by.

In a polarized era of heightened sensitivity regarding left attacking right, and right attacking left, I speak strictly as an American, and I respect the right of any individual to express their own views; nor do I believe that my opinion is inherently superior to that of another. As I have read varying viewpoints, there are some who seem to appreciate our diversity but have an understandable aversion to the translation of American hymns. If individuals or groups wish to boycott Coca-Cola for its use of translations, one may disagree that this is grounds for a boycott, but that is their respected right.

Still others have taken their aversion a step beyond, seeming to deliberately avert their eyes from any positive messaging that resulted from such a display, while pulling listeners into the depths of xenophobia. And it is regrettable to see these same groups which call for prejudicial checks on who is sufficiently patriotic and who is insufficiently so — from comfortably assimilated vantage points — calling on the rest of us to boycott rather than celebrate the depiction of a canvas of devout patriotism that was so beautifully painted last night. Painted in such a way that, in my view, did not affront our core values, but affirmed them. This is hardly the respect that we would have wished upon our own ancestors, and it is hardly the compassion that we as Americans are capable of.

I am not a heavy soda drinker. Yet in spite of our challenges as a nation, I will raise a Coke this week to the fact that America is indeed beautiful. We owe it to our great nation to walk our immigrants in with gentle hands, and to know that any of the individuals depicted last night, could have been us. 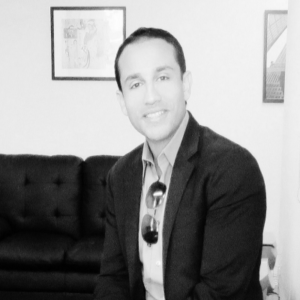 Sami H. Elmansoury is an frequent public speaker and writer on issues ranging from education and national security, to faith and identity politics. He currently serves on the Immigrant Rights Task Force of the Office of the Borough President of Manhattan, as well as on the Executive Board of MPAC-NYC, the Board of Advisors of the New Leaders Council of New Jersey, and as a Founding Member of the U.S. Department of State’s Generation Change initiative. He is also the owner of the online blog, “American Reflections”.

In 2012, Elmansoury was inducted as a Transatlantic Young Leader by the BMW Foundation, and he served as a US delegate to the Transatlantic Young Leaders Forum in Berlin, Germany. The same year, he participated in an invitational youth conference on interfaith conflict resolution in Bratislava, Slovakia and Vienna, Austria, and he returned to Vienna in 2013 as a US delegate to the United Nations Alliance of Civilizations Global Forum.

This article was originally published in The Huffington Post magazine.