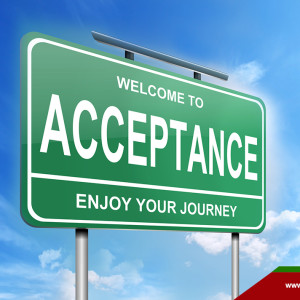 “A goodly word as a goodly tree, whose root is firmly fixed, and its branches (reach) to the sky (i.e. very high). Giving its fruit at all times, and the parable of an evil word is that of an evil tree uprooted from the surface of earth having no stability.” Holy Qur’an Chapter Verse

Indeed, evil words and untruths do not hold any strength or power; it is usually the expressions of righteousness that tends to prevail.

Prophet Muhammad is a man who stands in support of this thought. During the onset of the Prophet’s mission, his enemies resorted to malicious slander in order to hinder him from preaching Islam. Besides being physically harassed and threatened, the Messenger of Islam was also called a madman and a magician at that time. The Holy Qur’an reiterates their spiteful remarks, “He is simply a man gone crazy. Just ignore him for awhile.” (23:25)

The Qur’an mentions the Prophet response, “He said, My Lord, grant me victory, for they have disbelieved me.” [23:26]

Despite the cruel treatment meted out to the Prophet, he in turn never behaved inappropriately towards anyone. Still, today the Prophet is constantly defamed and mentioned as one who compelled others to believe. However, true history tells another story.

A man who had previously been a polytheist had two sons who had converted to Christianity. Christianity had fascinated these two sons and they were very devoted to it; their father became a Muslim. The father went to the Holy Prophet and said to him: “O’ Messenger! Do you give me permission to force them to leave their religion and become Muslims?” The Prophet said: “No, there is no compulsion in religion.” These words are part of a verse found in the Holy Qur’an Chapter 2 verse 256.

From this alone, it is evident that it was not the sword that spread this faith far and wide as popularly propagated. From the very beginning of the Prophet’s mission, with a mere five followers to today’s one billion plus followers of Islam, it can easily be deduced that the faith itself appealed to the masses. Undoubtedly, the Messenger who possessed character and integrity represented Islam with equal honor.

Accordingly, when the Prophet finally became victorious and the city of Mecca was under his rule, the Apostle of God did not force any one to accept Islam, he gave the people the freedom of choice. Prophet Muhammad wanted people to accept the faith according to their own true understanding and free will, and people did. The mass acceptance of Islam throughout Arabia and beyond created such a tremendous impact on history that Edward Gibbon refers to it as “one of the most memorable revolutions which have impressed a new and lasting character on the nations of the Globe.” (Decline and Fall of the Roman Empire)

The following chapter of the Qur’an refers to this overwhelming acceptance of the faith during the time of the Prophet. Indeed it was a victory that Prophet Muhammad had once prayed for.

“When there comes the help of God and victory, And you see men entering the religion of God in companies, Then celebrate the praise of your Lord, and ask His forgiveness; surely He is oft-returning (to mercy). (Ch. 110)