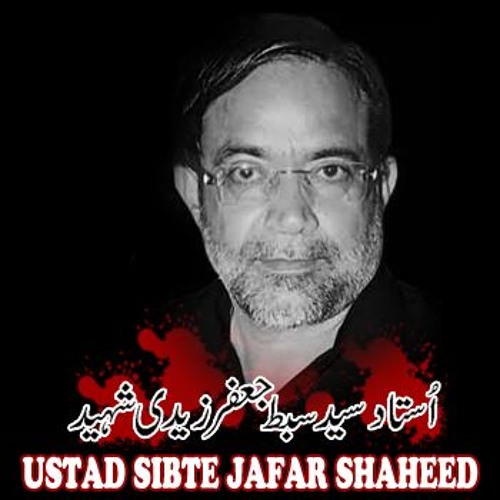 It is an absolute truth that every human being will ultimately give account of his faith and actions to its Creator.

It is not in vain that the Creator traversed man from nonexistence into existence, then bestowed man with the self-consciousness, and then adorned him with the ability to think and love.

The grace of the Creator further continued to shower man with guidance through divine knowledge and through raising a human exemplar in their societies, so that man can use his intellect and illuminate the lantern of faith and act on the impressions of the divine infallible exemplar.

If the human being is not exposed to the divine knowledge and to the infallible guide, then the natural ability to think and love is influenced by his carnal self, resulting in diversion from the purpose of life, and failures in the afterlife accountabilities. The actions of a misguided human being are influenced by two natural and opposite abilities – the intellect and the heart. The heart is the metaphorical representation of the emotional capacity of the human being.

The nature of the intellect is to calculate and conclude which action is most beneficial for the human being. In other words, the intellect yearns the man to choose a path where the returns are maximum while the efforts are least. On the other hand, the nature of the heart is to get mesmerized to anything that possess beauty, subsequently fall in love with that which is most beautiful, and then sacrifice its own self as an offering to please the beloved. If the intellect and the heart are not guided by the Divine book or by the Divine guide, then that the intellect and the heart are hypnotized by the norms of this world that places man in a draconian race of wealth, fame and power. The race, then abruptly ends with the reality of death, leaving man in complete shock and absolute loss.

If the intellect is guided by the divine knowledge and by the inspiration of the divine exemplar, then intellect becomes subordinate to the divine revelation and accepts the book as its ultimate source of truth. The nature of intellect doesn’t change (to seek the highest return), however, the guidance from Al-Quran unveils the blessings and the unending gifts of the hereafter, and thus the intellect sees the worldly aims as diminutive, and begins to seek a lofty goal that continues in the long run.

When the heart senses the attributes, and the eyes witnesses the life of the divine guide, then man experience nothing but beauty at its pinnacle.

Every good attribute that man struggles to achieve is witnessed in one perfect man.

The heart of the onlooker surrenders itself to the perfect man and falls in love and begins emulating the actions of the beloved.  As love intensifies, the lover becomes conscious of his actions and words, as he becomes fixated to the aim of pleasing his beloved.

With this introduction, I would like to say that, one example of man who set out on the journey to seek infinite grace, as a consequence of his intellection, and surrounded his heart to the divine beauty of the Imam, and deeply in love was Sibte Jaffer who became fixated to seeking the pleasure of the Imam of the time (ajtfs).  He lived a life of consciousness with certainty that his beloved is watching him all the time, and hence he spoke every word and performed every action with extreme care.

Sibte Jaffer not only tried to follow the life of the Imam, but also tried to immolate his life in the path of obedience to the Imam.

It was Monday, March 18, 2013, when Sibte Jaffer become the victim of target killing in Karachi in the broad daylight. Shaheed Sibte Jaffer was a scholar of religion, a poet, a philosopher, a professor of arts and history, a vocalist and a principal of The Government Degree College, Karachi. However, his true devotion to the Imam of the time (ajtfs) was the foundation to this wisdom, kindness and forbearance due to which he was an activist for the oppressed, the orphans and the widows. He worked with various organizations to help the oppressed, to help the Sayyid families, to help the seminary students and religious scholars. Another interesting fact about Shaheed Syed Sibte Jaffer Zaidi is that, once PhD students of vocal arts from Harvard University travelled to south East Asia to complete their thesis and to learn about different forms of classical singing. They discovered that the expertise and knowledge of Sibte Jaffer in the area of classical eulogy/Soaz-Khwani was immaculate. The foreign students benefitted from his knowledge and subsequently invited him to perform in Harvard University in 2004. The commitment of Sibte Jaffer towards his community and to the common people was more important for him than grabbing the opportunity for fame and popularity, and thus Sibte Jaffer didn’t accept the invitation.

On the day when Sibte Jaffer was laid to rest, people of every walks of life were grieving. The orphans, the widows, the destitute were pleading for him to come back as he was a friend to them who gave consolation and support in the times of difficulties. The funeral procession of Shaheed Syed Sibte Jafer Zaidi was swarming with grieving people from all communities, refusing to leave his grave. The reason people loved someone who was virtually unknown to the rest of the world was because he was a man of extreme humility and sincerity. Shaheed Syed Sibte Jaffer Zaidi possessed knowledge and wisdom due to which he realized the essential meaning behind the act of ‘waiting’ for the return of the Imam (ajtfs). His realization of responsibilities made him a one-man army who worked at the grassroots to remove poverty and illiteracy in the community on one hand, and erase the growing mistrust and hate within communities on the other hand, by creating awareness of the doctrines of the true Islam through lectures, books and poetries.

While maintaining cordial relationship with the members of other sects Sibte Jaffer never refrained himself from propagating the rights of Ahlul Bayt (as) and denouncing the enemies of Ahlul Bayt (as). Those who knew him would say that he would always speak what is true without any hesitation or manipulation, implementing the following teachings of Qur’an 2:42 –

And do not mix up the truth with the falsehood, nor hide the truth while you know (it).

I certainly believe that the following maxims Imam Ali (as) was the source of guidance for Shaheed Sibte Jaffer, and his death compelled us to reconsider our actions in this life.  Imam Ali (as) says in Sermon of Shiqshiqiyya:

A Man desires eminence and a distinctive greatness, But greatness is achieved in embracing the hardships and in tackling the troubles. It is not achieved freely or easily. Everyone likes excellence but excellence is achieved in leaping into dangers. Go and taste Death if you want greatness (Dhawuqil Mawt). The yearning for greatness is realized in catching the death by its throat and tearing its mouth open, Greatness cannot be achieved but by squeezing the points of the spears and drinking the honey so obtained.[1]

The aim of the true servants of Imam Ali (as) is established on this wisdom and they set out to denounce the falsehood and strive to establish justice or die trying. His noble death has given a lesson that no matter how dire and hopeless the situation is we must continue propagating the truth and unveil the mask from the faces of the tyrant of this day and from the past until death comes to us.

I sincerely pray that we understand the wisdom of Shaheed Sibte Jafer who embraced martyrdom with complete consciousness and wrote his story in blood for us to gauge ourselves where we stand as today’s Shia. I pray that our hearts are enlightened with the recognition of our true responsibilities while waiting for the Imam (ajtfs) and our bodies are engaged in fulfilling those responsibilities. In the dire times of an uncontrollable pandemic spread in the world, where all the human capacities and capabilities have become useless, and death is glooming over the helpless human being, it is a reminder that death is a facing reality, and the Imam of the time (ajtfs) is in-charge. We seek mercy from Allah (swt) and pray to Allah (swt) to allow us to sacrifice our lives for Imam Mehdi (ajtfs) as Shaheed Sibte Jaffer did.

The verses I chose for the tribute is the verse which Imam Husain (as) recited when Abul Fazl Al-Abbas (as) breath his last on the hands of Imam Hussain (as), and its translation is –