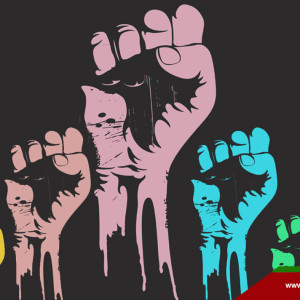 In the aftermath of the horrific tragedy of 9/11, in spite of negative press, there is growing demand for Quran and books on Islam. People want to know the truth about Islam. To understand Islam, a person needs to first understand Muhammad (s), the Prophet of Islam.

Islam, unlike Christianity, does not associate divinity to the Prophet. Yet the Prophet’s actions and words are protected against error through Divine Grace. This is testified by Quran in these words:” He does not speak out of his desire. It is but pure revelation that has been revealed to him.” (53:4-5)

It was not until he was 40, when Muhammad (s) received the Divine Message through Angel Gabriel to announce that he was sent as Prophet to guide his people on to the Right Path. This first revelation was received by Muhammad (s) in the cave on the mountain Hira outside Makkah, where he often retreated for meditation. The Prophet had been summoned to admonish the pagans of Makkah who worshipped idols and indulged in vulgar superstitions and rituals. It is interesting that while he grew up as orphan under the protection and tutelage of his uncle Abu Talib, from his early years, Muhammad (s) had always exhibited, in his personal and business dealings, his impeccable integrity, pristine integrity and absolute truthfulness. In Makkah, he was known as Sadiq (True) and Ameen (Trusty). The excellence of his character is also mentioned in the Quran: “ Indeed there is for you in the Prophet of God (Muhammad) an excellent example of conduct.” (33:21)

The pagans of Makkah, who the Prophet had been summoned to reform had no regard for even the basic human rights. They indulged in disputes and prolonged battles on trivial issues. They treated women badly. They looked down upon the birth of a female child, even killed or buried her alive. The poor had no voice. They were exploited through usury (loaning money at exorbitant rates) and made slaves for non- payment of dues. Slaves were tortured, even killed, with impunity. Slavery was despised by Muhammad (s). While he helplessly watched the prevalent social injustice, total disregard for human rights and worship of idols in houses as well as in Ka’aba, the House of God built by his ancestor Abraham, he never prostrated before the idols.

His marriage at the age of 25 to Khadijah, a wealthy lady from his clan who was in caravan business (that he had managed for her for some time) made him financially sufficient. He freed Zaid ibn Harithah , a young slave of Khadijah’s household, and adopted him. He had Bilal, an African slave paid for and freed. Bilal sat and dined with Muhammad (s) and was given the noble role of the Muazzin (caller for prayers). He remained Prophet’s close companion for 22 years until his death.

Islam was not a new religion; it is repository of all revealed scriptures and the principles and ideas of the Prophets of all lands and ages. The religion of God had changed hands from his Prophets, Adam, Noah, Abraham, Moses, Jesus, finally attaining perfection at the hands of the Last Prophet Muhammad (s), also a descendant of Abraham.

This is no small act for a man coming from such precarious circumstances as him that the Prophet Muhammad (s), stripped not Makkah alone but also the whole Arabia from debasing idolatry and decrepit rituals in just 23 years and, before he passed away at age 63, he had already established a model Islamic State based on compassion, human rights, and social justice. It is no less than a miracle that in such a short period of time the Prophet was able to transform totally ignorant people divided into hostile clans into a united and vibrant umma (community).

Not only the idol worshipper surrendered themselves to the One and only One God, they respected and recognized one another as equal, with no discrimination on the basis of gender, race or color. According to Professor Toynbee, “ The extinction of race consciousness as between Muslims is one of the outstanding achievements of Islam and in the contemporary world there is, as it happens, a crying need for the propagation of this Islamic virtue.” (Civilization on Trial, 1948). The Quranic declaration of unity and equality of human beings as all creature of One God set the human rights tradition in Islam. Minorities, the Jews and the Christians enjoyed complete protection; they had the freedom to practice their faith during the Prophet’s rule and under later Muslim governments.

Pardon and Mercy and Compassion were the hall marks of the Prophet of Mercy. He spared the lives and property of those who had tormented him and his followers during the thirteen years of his Prophetic Mission in Makkah. He hated bloodshed and had great respect for human life. When he entered Makkah with an unchallenged might and absolute victory just 8 years after he had been forced to leave his hometown, Muhammad (s) declared general amnesty, forgiving even his worst enemies. There was no demand for compensation, no confiscation of property; even those who had murdered Muslims in the past were pardoned. Impressed by the Prophet’s Mercy, most of Makkans embraced Islam. The Prophet appointed a Makkan convert as the Governor of Makkah. Leaving the administration of the city in the hands of Makkans, he left with his men for Madina. He did not leave a single soldier behind.

The Prophet established in Madina and its adjoining territory what in our times is known as a Welfare State. A State-run Treasury chest, the Baitul Maal was created to provide assistance to the poor, the old, the needy and the disabled. The citizens were required to earn their living by honest means. Traders were free to conduct their business, but hoarding, extortion and cheating were outlawed. People were encouraged to bring more land under cultivation. Any citizen who cultivated a barren land was given its ownership. Following Quranic injunction, the Zakat tax (payable only by Muslims) was introduced by the Prophet to help the poor, the destitute and the wayfarer, among others in need. Zakat Funds were also used to help free the slaves, and to establish travel lodges to provide comfort and facilities for the travelers. The Islamic institution of Zakat was a distant precursor of the present concepts of Social Security and social benefit programs. The Prophet abhorred usury. He was so touched by the plight of the borrowers that he helped many debtors to get out of the yoke of the money lenders even before he had embarked on his prophetic mission. He abolished usury as soon as a Quranic injunction was received, bringing relief to so many oppressed families.

In conclusion, the French statesman, novelist and poet, Alphonse de Lamartine writes in his historical work, Histoire de la Turqui (1854) wrote: “ Philosopher, orator, apostle, legislator, warrior, conqueror of ideas, restorer of rational dogmas, of a cult without images, the founder of twenty terrestrial empires and of one spiritual empire — that is Muhammad. By all standards by which human greatness may be measured, we may well ask, is there any man greater than him ? ”

Previous ArticleMuhammad, a consistent protector of minority rightsNext ArticleThe End of the Oppressors