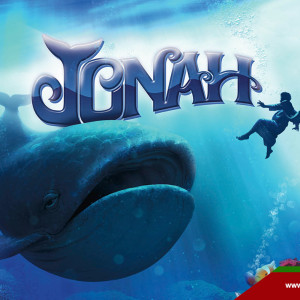 With deep regret and sadness, the militant group ISIS continues its ongoing rampage of holy places by destroying the tomb of Prophet Yunus (Jonah), the burial site of a prophet believed by Abrahamic faiths to have been swallowed by a whale. Civil defense officials in Mosul, Iraq told CNN that ISIS operatives planted explosives around the mosque containing the tomb then detonated it remotely last week. Though ISIS claims to adhere to the Sunni branch of Islam, they have nonetheless targeted multiple Sunni shrines, blowing up or bulldozing any place they deem “unIslamic.”

This latest acts by ISIS shows their disregard for holy places of even prophets who is believed by the monotheistic religions. Sam Hady, a professor at the American University of Rome, told the Washington Post, that he believes this shows that ISIS is willing to destroy, “basically pretty much anything in the Bible.” He added, “It indicates they are going for total eradication not just of their enemies but even of the possibility of people living together under their rule.”

The horrors perpetrated by Islamist radicals — mutilations of women, the kidnapping of school girls, the wholesale slaughter of Christians — have not been enough to rouse sane people to act. ISIS, Boko Haram, Hamas and al Qaeda have become overwhelmingly destructive to people, and they are determined to mutilate history along with humanity.

This attempt to destroying the tomb of Prophet Yunus comes at a time when we are reminded by the sad anniversary of the destruction of holy graves in Baqee of our Infallible Imams (AS). It is yet another is one out of many attempts to eradicate the symbols and relics of piety, righteousness, and divinity.

Who is this esteemed personality who has been the target of the ruthless ISIS criminals? And let us see what the Quran and narrations from AhlulBayt (AS) say about Prophet Yunus (AS) so that we take lessons from it. The story of Prophet Yunus (AS) is mentioned in Surat As-Saaffaat, Surah Al Anbiya and Surah Yunus. Prophet Yunus bin Matta (AS) – also referred to as Jonah, was sent by Allah to the people of Nineveh, a town in the area of Mousil in northern Iraq. He called his people to the message of Allah and truth, but initially they rejected his message and persisted in their disbelief and wrongdoings. Disappointed and frustrated, Prophet Yunus left them in anger, warning them with punishment after three days. However, soon Allah (SWT) guided the hearts of his people and they realized their mistakes and went out to the desert asking for Allah’s forgiveness. On this, Allah spared them from the punishment. Imam Jafar as-Sadiq is reported to have said that Allah has never deferred from any people His chastisement after its signs had become apparent except in the case of the community of Yunus. Allah (SWT) says in the Holy Quran: “Was there any town that believed (after seeing the punishment), and its faith saved it Except the people of Yunus; when they believed, We removed from them the torment of disgrace in the life of the world, and permitted them to enjoy for a while.” (Surah Yunus, 10:98).

After leaving his people, Prophet Yunus went on to board a ship that got caught up in a storm and its people thought that they would drown. In such a desperate situation when the ship was being pounded by waves on all sides, and they were at risk of drowning, they drew lots to decide to throw someone out of the ship in an effort to lighten the load. Prophet Yunus (AS) lost the draw three times. After he threw himself into the sea, Allah (SWT) sent from the Green Sea a large fish which cleaved the oceans until it came and swallowed Yunus. Allah (SWT) inspired that large fish not to devour his flesh or break his bones. When in the belly of the fish, Prophet Yunus (peace be upon him) realized his act of Tark al-Awla (refraining from doing what is best) by not having patience with his people and he called out to Allah (SWT): “… he cried through the depths of darkness (saying): “There is no God but You, Glorified be You! Truly, I have been of the wrongdoers.”(Surah Al Anbiya, 21:87)

Imam al-Redha is reported to have said that: Yunus was convinced that We (Allah Almighty) would not narrow down his provision. Some have said that he had imagined that, on his error of leaving the preferable (Tark al-Awla), We (Allah) would not take him to task. Hence it is related from Imam Muhammad al-Baqir that he (Yunus) cried out in the darkness and Imam ar-Redha has said that he cried out in the (triple) darkness of the night, the sea and the inside of the fish (which had swallowed him up): “O My Lord! There is no Allah except You, I glorify You, clear You from all things which are not becoming You (you are absolutely faultless). Doubtlessly I have erred in walking away from the people while it was better to remain among them.” Or he uttered these words by way of humility without having indulged in any sin or undesirable deed. Imam ar-Redha is reported to have said that when Yunus remembered Allah with so much peace of mind in the belly of the fish and said that “I have never worshipped Allah like this before’ then (Allah said) “We accepted his prayer and delivered him from grief and sorrow and We relieve Believers like this from grief and sorrow whenever they seek Our shelter uttering these words.”

Ibn Babawayh has said, “Yunus is called Yunus because when he became angry with his people he went out of them and took up ‘uns’ (liking) for his Lord and thereafter when he returned to his community he became their ‘moonis’ (admirer).” (Hayatul Qulub, Vol 1)

It is reported through reliable chains that Imam as-Sadiq said, “One day Umm-Salamah heard the holy Prophet praying in these words: ‘My Lord! Never leave me on my own for a split second’, Umm-Salamah asked: ‘O Messenger of Allah! You too are asking like this?’ The Holy Prophet replied, ‘How can I rest assured when Yunus bin Matta did what he did when he was left to himself just for a split second’!” Hence, we should always resonate this prayer on a daily basis so that we are not left to ourselves to act in whatever way we believe to be right, rather we seek His guidance to what is right in His eyes.

Interestingly enough, it is recorded from reliable chains that Amir al-Momineen Ali said, “Allah presented my Wilayah (obedience) to all the residents of the heavens and the earth. Those who wanted to accept it accepted it and those who did not want to, did not. Yunus too did not accept in the manner that it deserved to be accepted. So Allah (SWT) imprisoned him in the belly of a fish. Thereafter he accepted it as rightly as it deserved.” Abu Hamza Thumali has narrated that one day ‘Abdullah bin Umar approached Imam Zayn al-Abideen and said, “You say that “My grandfather ‘Ali ’s Wilayah was presented to Yunus but he was reluctant so Allah dropped him in the belly of a fish.” Imam said, No doubt. I did say so.” ‘Abdullah said, “If what you say is true, then show me some sign supporting it.” (Abu Hamza says:) Imam put a band on his (‘Abdullah’s) and my eyes and after a few moments asked us to open the bands. When we untied the bands what we had a vision was that we were on seashore. Its waves were rising high. ‘Abdullah bin Umar said, “O my leader! My blood (responsibility of my death) will be upon you.” Yunus said, “Do not become restless. I want to show you the sign of my truthfulness.” Then he called upon the fish.

A giant fish like a big mountain raised its head out of water saying: “Labbayk, O Wali of Allah!” Imam asked it: “Who are you?” It replied, “I am the fish of Yunus.” Imam said, “Narrate the story of Yunus to us.” It said, O my leader! Right from Adam up to your grandfather Muhammad Allah had not appointed any Prophet to whom the Wilayah of you, AhlulBayt was not presented. The one who accepted it remained protected and the one who denied it was involved in trouble until Allah sent Yunus with His Message and asked him through revelation to accept the Wilayah of Amir al-Momineen Ali and thereafter of the rightly-guided Imams born of ‘Ali ’s lineage along with other matters revealed to him. Yunus said, How can I accept the Wilayah of those whom I have not yet seen nor know! Then he came to the shore of the sea. Allah revealed to me to swallow him but without damaging his bones. Yunus remained in my belly for forty days. I ferried him in rivers and oceans and darkness and he was crying: Laa illaah anta subhaanaka innee kuntu min al dhalimeen (and continued to pray to Allah Almighty) that I have accepted the Wilayah of Amir al-Momineen and of the rightly guided Imams from his progeny. When he put faith on the Wilayah of you gentlemen, Allah ordered me to throw Yunus out so I disgorged him on the shore. Hearing this Imam said, “O fish! Go back to your abode.” So it went away. The waves settled down and the water became calm. (Hayatul Qulub, Vol 1)

There are many lessons to be learned from the story of Prophet Yunus (AS) and for that reason Allah (SWT) has mentioned him in the Holy Quran. Among these lessons, we learn that not only we should be patient in all matters of our life, but we should repent to Allah (SWT) often and should constantly remember Him and say His praises as that can help save us from the tough situations in life. Furthermore, the supplication of Prophet Yunus can have a very positive effect in our lives and we should memorize it and take advantage of it in our daily lives, “La Elaha illa Allah Subhanaka inni konto men al-dhalemeen”. Last but not least, any minor or minute reluctance or delay in acceptance of the Wilayah of Allah’s divine guides can be the reason for us to undergo test or trial or calamity and it is by Allah’s grace and mercy that we are saved by the virtue of belief and love for the Holy Prophet (SA) and the Infallible Imams. May Allah (SWT) curse the infidels who have audaciously attacked and violated the sanctity of the tomb of Prophet Yunus (may Allah be pleased with him) and may He (SWT) protect our the relics of our prophets and divine personalities from the sharks and whales of ignorant Wahabi terrorists and misguided extremists!