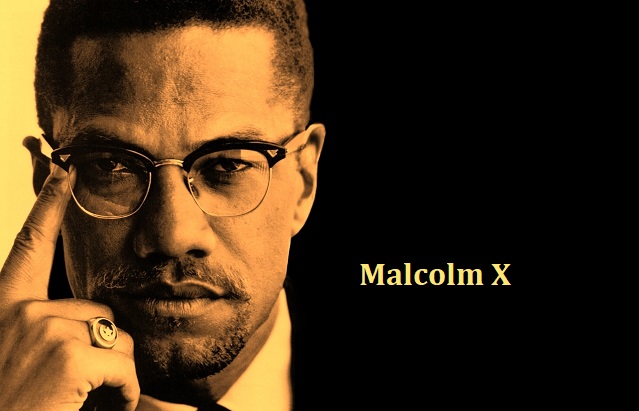 Malcolm X, an African-American Muslim minister, public speaker, and human rights activist was a courageous advocate for the rights of African Americans. He indicted white America in the harshest terms for its crimes against black Americans. Malcolm X has been called one of the greatest and most influential African Americans in history and in 1998, Time named The Autobiography of Malcolm X one of the ten most influential nonfiction books of the 20th century.

Malcolm X was born Malcolm Little on May 19, 1925 in Omaha, Nebraska, and was one of eight children. His mother, Louise Norton Little, was a homemaker, with light enough skin that she could have passed for being white. Born in Grenada, her father had been of Scottish descent, and her fair skin was passed down to Malcolm. Earl Little, Malcolm’s father, was an outspoken Baptist minister. 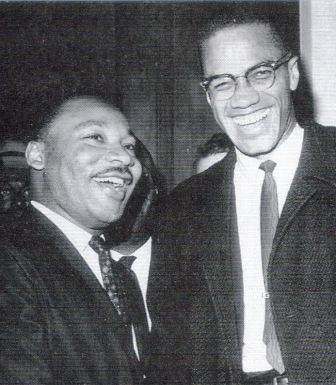 Although He had always been a good student, Malcolm had no choice but to drop out of school at 15. Living with his sister in Boston, Malcolm worked as a shoeshine boy, soda jerk, busboy, waiter, and railroad dining car waiter. At this point he began a criminal life that included gambling, selling drugs, burglary, and hustling. Eventually the law caught up to Malcolm Little and he was sentenced to 10 years in prison. It was this sentencing that was the turning point in Malcolm’s life.

While serving seven years before he was paroled, Malcolm Little used the time to further his education. Malcolm’s brother Reginald often visited him in jail and discussed his recent conversion to the Muslim religion and that he belonged to the religious organization the Nation of Islam. Intrigued, Malcolm began to study the teachings of NOI leader Elijah Muhammad. By the time he was paroled in 1952, Malcolm was a devoted follower with the new surname “X.” He considered “Little” a slave name and chose the “X” to signify his lost tribal name.

Malcolm X was a gifted speaker and the NOI wisely used him as their spokesman. Articulate and intelligent he quickly rose to the top of the organization and new recruits from Malcolm X ‘s speeches increased the growth of the NOI from 500 members to over 30,000 followers. A media magnet, Malcolm X was followed everywhere and soon the FBI was watching his every move. 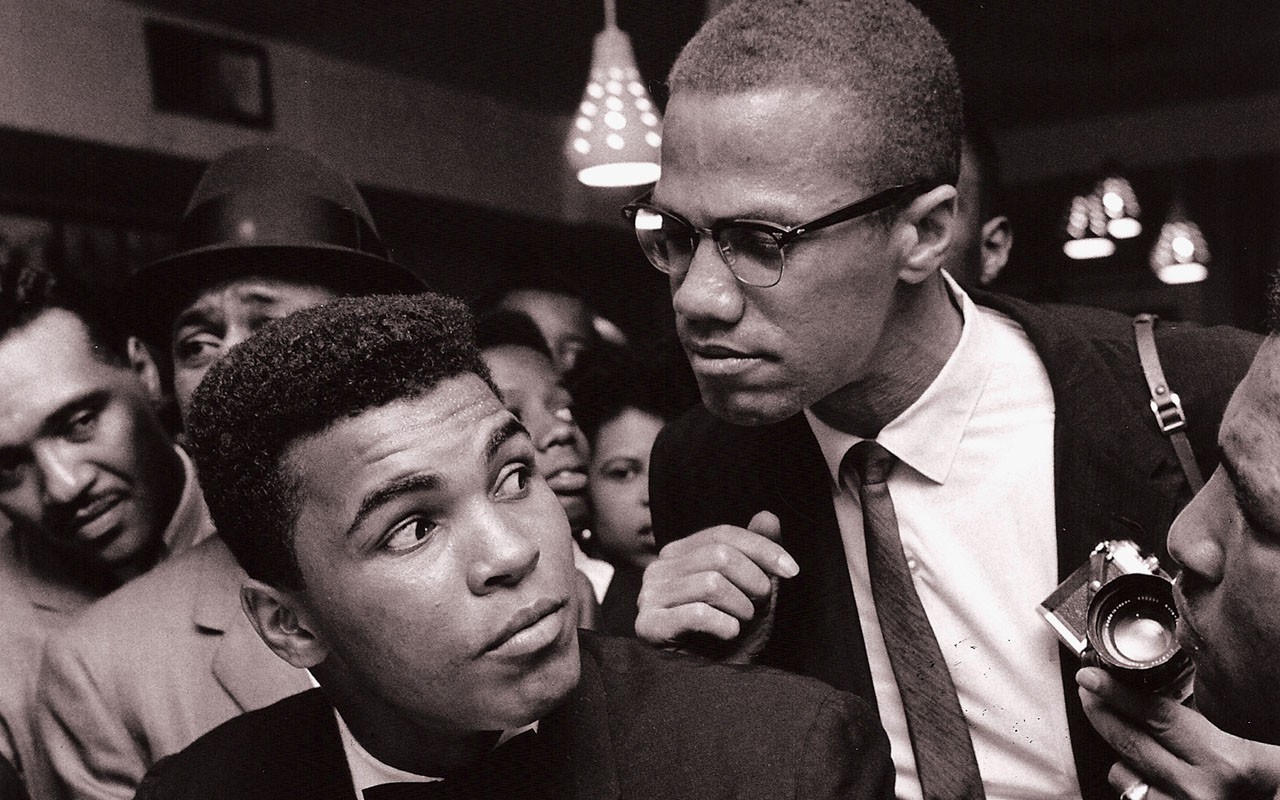 Malcolm’s faith was dealt a crushing blow at the height of the civil rights movement in 1963. He learned that his mentor and leader, Elijah Muhammad, was secretly having relations with as many as six women within the Nation of Islam organization. As if that were not enough, Malcolm found out that some of these relationships had resulted in children. Malcolm had strictly adhered to the teachings of Muhammad, which included remaining celibate until his marriage to Betty Shabazz in 1958. Malcolm refused Muhammad’s request to help cover up the affairs and subsequent children. Deeply hurt by the deception of Muhammad, whom he had considered a living prophet, Malcolm also felt guilty about the masses he had led to join the NOI, which he now felt was a fraudulent organization built on too many lies to ignore.

On December 1, 1963, Malcolm X stated that he saw President John F. Kennedy’s assassination as a case of “The chickens coming home to roost.” Soon afterward Elijah Muhammad suspended him and ordered him not to speak for the movement for 90 days. On March 8, 1964, Malcolm X publicly announced that he was leaving the Nation of Islam and starting two new organizations: the Muslim Mosque, Inc., and the Organization of Afro-American Unity. Despite his break from the NOI, Malcolm X remained a believer in the Islamic religion. 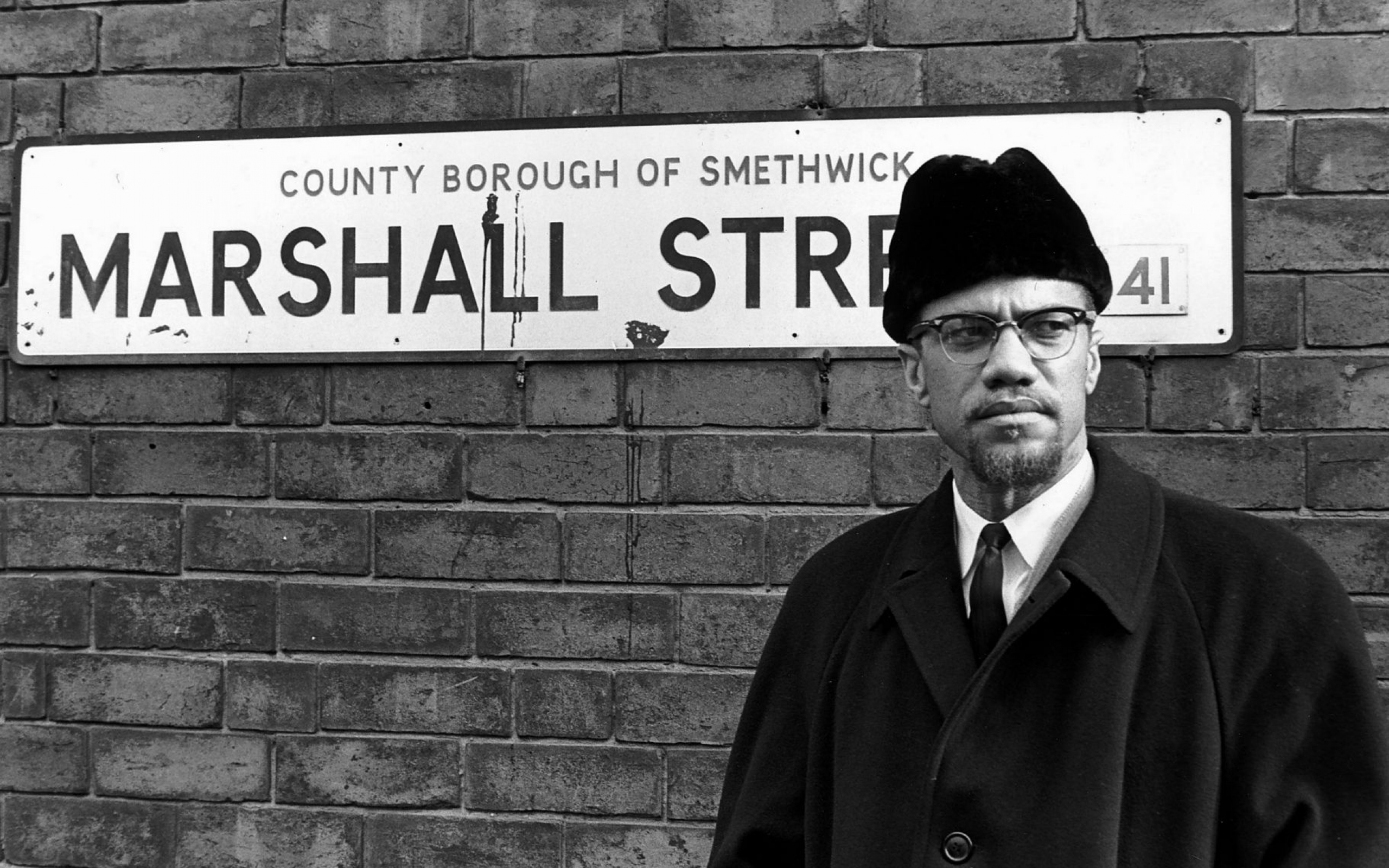 On March 26, 1964, Malcolm X met Martin Luther King, Jr. in Washington, D.C., after a press conference which followed both men attending the Senate debate on the Civil Rights bill. This was the only time the two men ever met and their meeting lasted only one minute, just long enough for photographers to take a picture. (photo shown above)

Searching for spiritual answers Malcolm X decided on a pilgrimage to Mecca. On April 19,1964 Malcolm X completed the Hajj, making the seven circuits around the Kaaba, drinking from the Zamzam Well, and running between the hills of Safah and Marwah seven times. After completing the Hajj, he was granted an audience with Prince Faisal. Malcolm X said the trip allowed him to see Muslims of different races interacting as equals. He came to believe that Islam could be the means by which racial problems could be overcome.

Here are 15 of his most well-known quotes:

2. “Without education, you’re not going anywhere in this world.”

3. “Power in defense of freedom is greater than power in behalf of tyranny and oppression.”

4. “Early in life I had learned that if you want something, you had better make some noise.”

5. “You don’t have to be a man to fight for freedom. All you have to do is to be an intelligent human being.”

6. “Usually when people are sad, they don’t do anything. They just cry over their condition. But when they get angry, they bring about a change.”

7. “A new world order is in the making, and it is up to us to prepare ourselves that we may take our rightful place in it.”

8. “I believe in human rights for everyone, and none of us is qualified to judge each other and that none of us should therefore have that authority.”

9. “I am neither a fanatic nor a dreamer. I am a black man who loves peace, and justice, and loves his people.”

10. “People don’t realize how a man’s whole life can be changed by one book.”

11. “Anytime you see someone more successful than you are, they are doing something you aren’t.”

12. “You can’t separate peace from freedom because no one can be at peace unless he has his freedom.”

14. “It takes heart to be a guerrilla warrior because you’re on your own. In conventional warfare you have tanks and a whole lot of other people with you to back you up — planes over your head and all that kind of stuff. But a guerrilla is on his own. All you have is a rifle, some sneakers and a bowl of rice, and that’s all you need — and a lot of heart.”